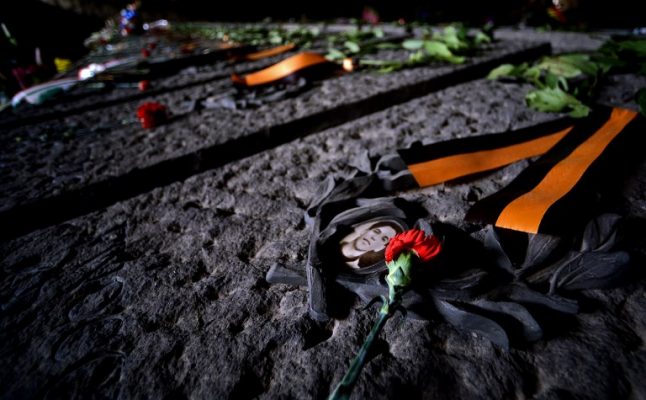 Perhaps the best-known WWII sites in Italy are those at Cassino. However, the war also is commemorated at hundreds of less famous sites; six of those are noted below.

For more information, please see the second edition of my book, A Travel Guide to World War II Sites in Italy: Museums, Monuments, and Battlegrounds (2016).

Catania: Museo dello Sbarco in Sicilia (Museum of the Landing in Sicily)

This museum provides a thorough introduction to Operation Husky, the code name for the invasion of Sicily. The Allies hoped to liberate the island and use it as a staging area for reaching the Italian mainland.

Two armies, the British Eighth and the US Seventh, were transported to beaches along a hundred miles of shoreline in southern and eastern Sicily, landing in early July 1943. In terms of size, this attack was comparable to the subsequent (and better-known) invasion of Normandy.

Allow several hours to see the museum’s exhibits and films, which address all aspects of the landing and subsequent battles, including their effects on the civilian population. An Italian-American soldier reunited with his cousins in Palermo. Photo: Nick Parrino, National Museum of the US Navy

In addition to the museum, numerous monuments to Allied forces stand along the coast of Sicily, as do memorials honouring Italian soldiers who defended the island.

For example, on July 19th, 1943, the Allies took aim at Rome’s central rail yards, which are near the Basilica of San Lorenzo and a municipal cemetery. In this attack the church and cemetery, although not targets, were damaged. Hundreds of civilians in the surrounding neighbourhood were injured or killed.

Memorials to this tragic event are outside and within the basilica, where a mosaic in its central aisle replaces the one destroyed in the bombing. Its Latin inscription notes that the basilica was ravaged by war (bello) on July 19th, 1943, and restored with God’s help (deo adiuvante). On the basilica’s right aisle, a door opens into a hall that leads to the sacristy (sacrestia) and cloister (chiostro). The cloister contains a part of a bomb that fell on San Lorenzo; a Latin inscription next to it means: “Give us peace in our time.”

The bombings in Rome and the success of Allied forces in Sicily were major factors in the Fascist Grand Council’s decision to depose and imprison Mussolini on July 25th, 1943. About seven weeks later, Italian leaders withdrew Italy from its alliance with Germany and surrendered to the Allies.

After Italy surrendered to the Allies, Italians tried to keep German forces from occupying their towns and cities, but had little success. At Porta San Paolo, an ancient city gate, Italian civilians and soldiers fought to keep German troops from entering Rome on September 10th, 1943.

Women, men, and boys fired from the surrounding rooftops and clashed with German soldiers in the streets. Fighting took place in other quarters of the city as well. The well-armed German soldiers soon overcame the Italians, hundreds of whom were killed.

On the high brick walls next to Porta San Paolo, plaques honour those who fought to defeat Hitler’s armies. The top one praises (in Italian) the “soldiers of every army and citizens of every class who guided only by faith opposed the German invaders and showed Italians the ways of honour and liberty.”

A second plaque lauds “the sacrifice of those who died to regain liberty and democracy for Italy, which had been trampled by Nazi-Fascist barbarism.”

Other markers honour troops of the First Special Service Force killed between Anzio and Rome, and women who served in the Italian Resistance.

Across the piazza from Porta San Paolo stands a bronze statue group with five figures. Each figure represents a group victimized by the Nazis. Rome: Via Rasella and Fosse Ardeatine (Rasella Street and the Ardeatine Graves)

On this short street in the centre of Rome, members of the Italian Resistance set off a bomb that killed German soldiers on March 23rd, 1944.

This assault involved considerable advance work. In a nearby basement, two partisans manufactured the bomb, attached a fuse, and placed it in a trash cart. Another partisan rolled the cart to Via Rasella 155, a Renaissance palace known as Palazzo Tittoni.

When the German troops appeared and were marching up Via Rasella, a partisan lit the fuse and moved away. Less than a minute later, the bomb exploded, killing at least 25 people immediately. Partisans then shot some of the surviving troops. Damage from weapons is still visible on buildings at the intersection of Via Rasella and Via Boccaccio. Building at corner of Via Rasella and Via Boccaccio shows signs of gunfire. Photo: Torvindus – CC BY-SA 3.0, Wikimedia

In all, 33 soldiers and several Italian civilians died in this attack. A furious Hitler demanded that at least 30 Italians be executed in retaliation for each dead soldier. However, his subordinates persuaded him that killing ten Italians for each German would be sufficient reprisal, and agreed to carry out the executions as quickly as possible.

Because so many men were to be killed and buried, German officials decided to use a web of caves accessible from Via Ardeatina in the southern part of Rome. With great speed, 335 prisoners were transported to the caves and executed. German engineers then mined and blew up the entrances to the tunnels, creating a mass grave.

After the war, the remains were transferred to individual graves at this location, which is now called the Fosse Ardeatine (Ardeatine Graves). This site may be visited and is a short bus ride from the centre of Rome. Civitella in Val di Chiana, Tuscany: Memorials to a massacre

Allied forces liberated Rome in the first week of June 1944, and German armies continued their retreat northward. As they retreated, German forces came increasingly under attack from members of the Italian Resistance, which had grown rapidly after Mussolini was deposed.

In mid-June partisans killed two German soldiers and wounded a third in a club in Civitella, a town near Arezzo. After this incident, many residents feared reprisal and so left. When no reprisal took place, residents thought that the danger was over and so returned.

However, their punishment was only delayed. Early on Sunday, June 29th, German soldiers arrived in Civitella with instructions to kill all men over the age of 15 and then burn the town. German soldiers came to the church, where many residents had gathered, and dragged everyone out. They forced the men into groups of five and shot them; other people were killed in their homes. They then set the village on fire.

In the nearby hamlet of Bucine, the Germans rounded up and questioned local men to discover what they knew about the partisans. Around 3pm, the Germans executed 40 men in the basement of a house, and then set fire to that building and the rest of the village.

Altogether it’s estimated that 244 people were killed, the majority in Civitella, where there are numerous memorials. For example, within the church a painting depicts an angel comforting the women whose fathers, husbands, and sons were executed. Outside the church are several other works, including a bronze frieze that portrays the massacre, and a plaque with a poem by Franco Antonicelli, an anti-Fascist writer. Anne Saunders is a research associate at the College of Charleston in South Carolina, USA. Her publications include a travel guide to the WWII sites of Italy and the translation of a book about WWII combat in Tuscany.