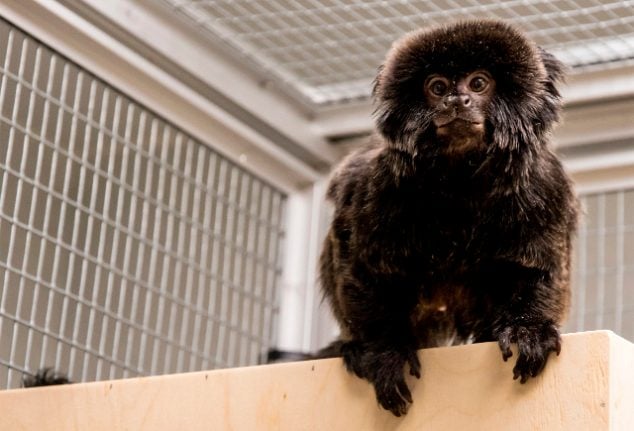 The little monkey in question, back home after the ordeal. Photo: Universeum
The Local
[email protected]
@thelocalsweden


Picture this. You're a monkey. You've just escaped from the zoo. Where do you go?

A Goeldi's marmoset went missing from Gothenburg science centre Universeum around noon on Wednesday. Much to the surprise of, well, everyone, it turned up hours later at McDonald's.

Police were called out to the fast-food restaurant in Frölunda, south of the city, at 10.40pm.

“We think it's the same one, but I guess there aren't that many monkeys out and about at the moment,” police spokesperson Peter Nordengard told the TT newswire on Wednesday evening.

He said the little marmoset did not cause too much of a stir at the restaurant (unlike that time a customer brought a dead badger to a McDonald's north of Gothenburg) and had perfect table manners.

“She didn't even dip her french fries in Béarnaise sauce,” commented Nordengard.

The Goeldi's marmoset, a South American monkey, is a vulnerable species. It is black in colour and the female animal in this article measures around 15 to 20 centimetre.

It is not yet known what she did in the hours between her disappearance and McDonald's visit.

“We'll have to sniff around a bit to see if anyone brought it there. The most plausible explanation seems to be that someone left it there. Our officers are investigating,” said Nordengard.

Police have launched a probe into suspected theft, but have not yet arrested anyone. 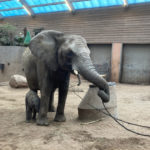