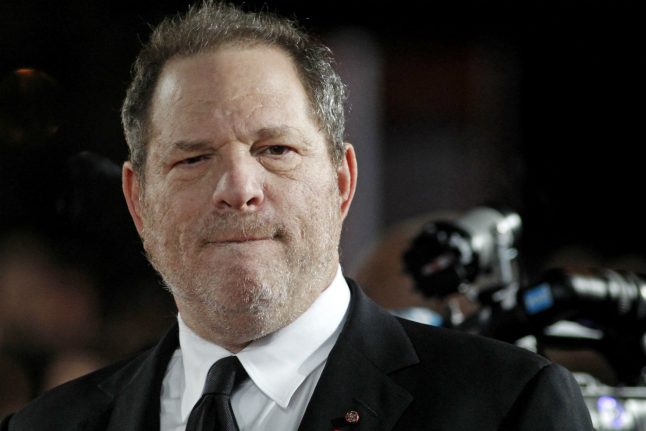 The actress, who lives in Germany and is using the pseudonym Emma Loman, says in a complaint filed on Monday in Los Angeles that she met Weinstein in 2004 at the Venice Film Festival and he later invited her to Cannes as his guest to discuss her career.

Loman says she was initially hesitant to accept the invitation, but Weinstein was persistent, with his assistant calling Loman up to 30 times a day.

The model-turned-actress says she finally relented and found Weinstein to be very professional during several meetings.

That changed, however, after he lured her to his hotel suite, presumably to discuss possible acting roles in some of his films, the lawsuit states.

“Upon arriving at Weinstein's suite… Weinstein quickly dropped his professional demeanor. He instead overpowered Loman and raped her,” according to the lawsuit.

It adds that the 66-year-old former Hollywood titan subsequently made it clear to Loman that he could ruin her career if she came forward.

“Fearful both that no one would believe her and the potential retaliation from such a powerful figure, Loman stayed silent,” the lawsuit says.

“It was only upon the late 2017 revelation of the scope of Weinstein's wrongful actions… that Loman felt safe coming forward to seek redress for Weinstein's rape of her.”

Weinstein has been accused by dozens of women of a litany of sexual misconduct ranging from harassment to rape.

He is out on bail and has pleaded not guilty in New York to six counts allegedly committed against three women in 2004, 2006 and 2013. The next hearing in the case is scheduled for September 20th.

The allegations against the once-powerful movie mogul spurred the #MeToo movement that saw women worldwide speak up against sexual harassment and assault.

Weinstein's agent did not immediately respond to requests for comment in relation to Loman's lawsuit.