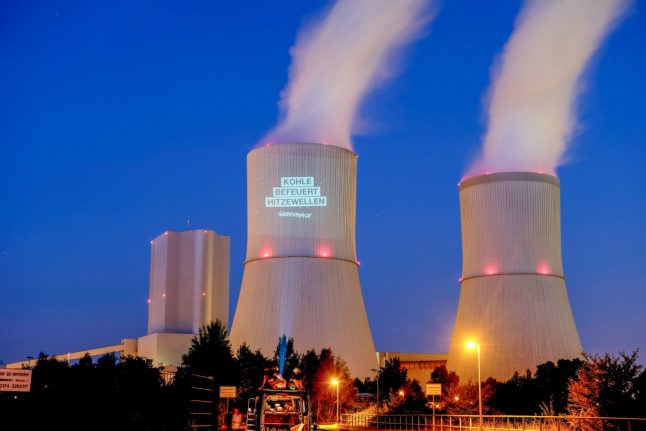 Reports offering vastly differing forecasts on the effects of an exit from coal fuelled power were published on Tuesday, illustrating the financial interests that are involved in both maintaining coal as a primary source of power and switching to renewables.

A report by consultancy Frontier Economics and financed by energy giant RWE studied what would happen to energy prices if Germany were to close down all its coal power stations by the year 2040 and came to the conclusion that energy prices would go up by a third.

German consumers – who already pay the highest energy costs in the EU – would have to pay roughly €29 billion in additional costs to finance an exit from coal in the two decades between 2020 and 2040, the report concluded.

At the same time, a report published by environmental charity WWF and financed by renewable energy firm Lichtblick found that a quick exit from coal would be good for the environment and make Germany more internationally competitive.

Germany committed itself at the Paris climate agreement in 2015 to reducing its CO2 output by between 80 percent and 95 percent by the middle of the century. At the Paris meeting 196 countries agreed to cut CO2 emissions in an effort to combat global warming. (The US later pulled out of the accord.)

The German government has proposed an exit from coal power, which currently supplies 40 percent of the country’s energy needs. In June of this year a commission was established to look into when and how quickly Germany should shut down its coal power stations. It is set to present its findings by the end of the year.

The report by Frontier Economics, however, warned that Germany following a unilateral policy of exiting from coal would just push production into other EU countries.

“Reductions in emissions in Germany would only by a cosmetic correction and would lead to higher emissions in other states and in other sectors,” the report found.

The report further found that a need to replace coal with more expensive gas stations and other sources “with higher variable costs” would have a significant impact on energy prices.

According to business daily Handelsblatt, the findings largely correspond to those of other reports on the impact of ditching coal. A report by EWI Energy Research & Scenarios from 2016 found that consumers would have to finance such a policy to the tune of €36.9 billion.

How quick an exit?

On Monday the six states that would be most affected by a quick exit from coal appealed to the federal government to have a “sense of proportion” when planning its exit from the CO2-intensive coal sector.

The economy ministers for North Rhine-Westphalia (NRW), Lower Saxony, Saxony, Saxony-Anhalt, Brandenburg and Saarland said that the government should take energy security and energy prices into consideration when coming to a decision.

“The secure supply of energy to intensive industry at globally competitive prices is decisive for over 800,000 jobs nationwide,” said Andreas Pinkwart, economics minister in NRW.

But the WWF warned on Tuesday that delaying an exit from coal would be bad for the economy as well as the environment.

“A quick exit from coal is ecologically, economically and socially sensible,” said Michael Schäfer from the WWF.

The report argued that delaying the exit from coal would mean that coal power stations would have to be shut down all at once as the deadline for reducing CO2 emissions approaches at the middle of the century. It also argued that keeping coal power stations running for longer would delay the chances for innovation in the regions most hard hit by the closures.

“Those people who recommend waiting now are programming in the same hard, local structural breakdown that they want to avoid,” said Schäfer.