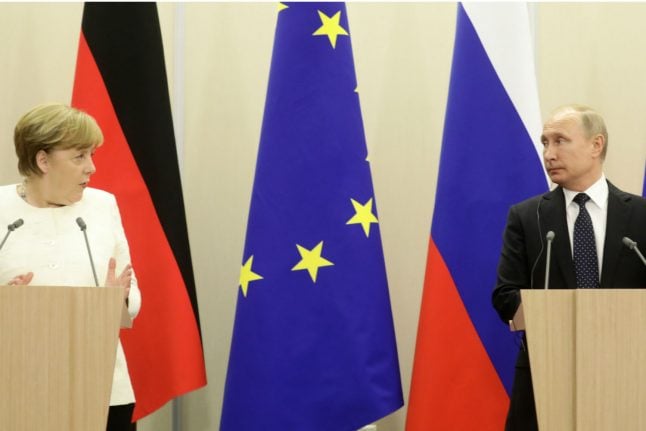 Angela Merkel and Vladimir Putin are set to meet for talks this weekend. Photo: DPA

The two leaders will meet at Schloss Meseberg outside Berlin on Saturday for talks on Ukraine and Syria, as well as the controversial gas pipeline Nord Stream II, government spokesperson Steffen Seibert confirmed on Monday.

It will be the second meeting between Merkel and Putin in just three months, after the two met in Sochi last May to discuss similar topics.

Those talks saw Putin demand that Europe play a role in the rebuilding of Syria under President Bashar Al-Assad, while Merkel argued for the advancement of UN peace talks.

They also reaffirmed their commitment to the Nord Stream II pipeline, and attempted to allay Ukrainian concerns that the project would see Ukraine lose out on transit revenue.

Just two months later, Donald Trump would open a NATO summit in Brussels with a scathing attack on Nord Stream II, saying that it made Germany a “captive of Russia”.