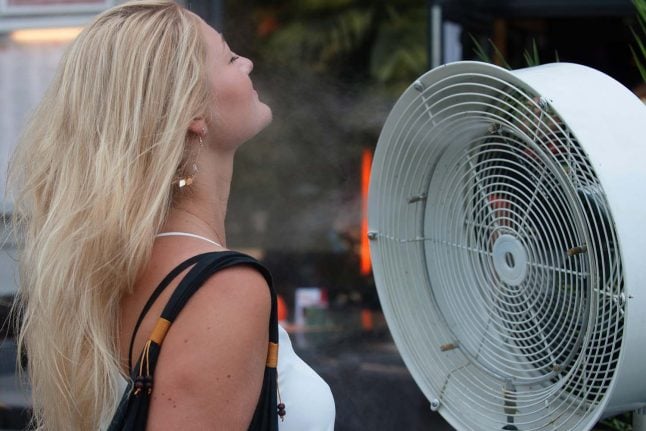 Cooling fans of all shapes and sizes have sold out in stores across the country, with some German residents reporting buying a fan is impossible – even in the largest cities.

Annabell Feith, press spokesperson for Saturn-Media Markt, told The Local that the demand for all types of fans was so high that Saturn and Media Markt stores across the country were having trouble restocking.

“In Germany we have had a really long heatwave – for the last two weeks all cooling devices have been in high demand. Nationwide – as in Berlin – there has been a demand for cool air,” Feith said.

“We keep reordering for all of our stores – but the demand is so high, that if one store gets five, then we are really quickly sold out.”

While running low on fans is by no means unheard of during Germany’s hot summers, it has been the scope of the problem that has hit home this time around. Despite Tuesday night being the warmest in Berlin's history, the demand hasn’t been isolated to any one region, with Germany’s two largest electronics chains struggling to cope with demand in one of the hottest summers on record.

“Each summer it can take place – it really depends on how many days in a row it stays hot. This year because all of the German states are hot, it is the same for all our stores across Germany,” Feith said.

“As you can imagine, all of our suppliers have prepared for summer. But they can only produce a certain amount and the producers are over-ordered.

“If you want to buy a fan, we encourage you to call the store before you come in – but you must be quick and monitor the situation!”

The demand hasn’t been limited to fans however, with the German Municipal Water Company (VKU) encouraging Germans to refrain from overwatering their garden during the warm weather.

Even worse, breweries are reporting a shortage of glass bottles as beer sales see a significant spike across the country. Moritz Fiege brewery in Bochum appealed to their customers on Facebook to return their used glass bottles so that they can be refilled for the days to come.

The company said: “We need your help! Great weather + great beer = thirst. The catch? Although we regularly buy plenty of empties, we are almost out of bottles. Therefore before you leave for your summer vacation, please bring your empty Moritz Fiege beer bottles to your liquor store – fast! “

Despite concerns about bottle supply, the increase in sales has been welcomed by brewers across the country, with beer sales already struggling to rebound from Germany’s early world cup exit.

Unfortunately for Germans struggling to stay cool, coping with the oppressive heat has just gotten a little harder.