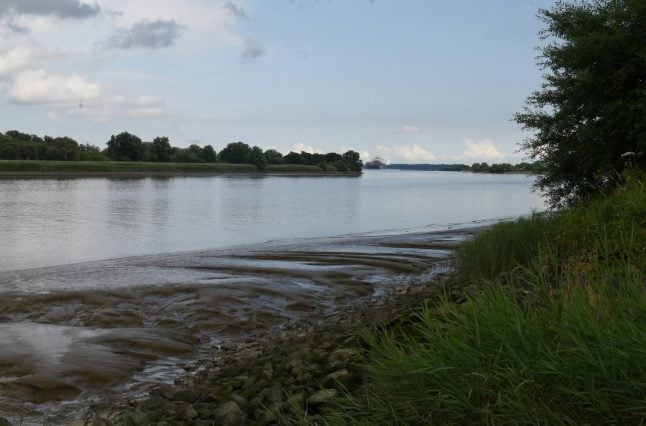 The men disappeared while swimming in the Elbe river not far from Lühesand island. Photo: DPA

The bodies were found on the banks of the Elbe river, Hamburg police wrote in a statement.

The two men disappeared while swimming in the Elbe river on Sunday, triggering a large scale rescue attempt involving divers, helicopters and boats. Authorities later called off the search amid mounting fears the men had drowned.

The men, both Romanian fruit pickers, had been enjoying a sunny Sunday afternoon together with three colleagues on the banks of the Elbe at Hollern-Twielenfleth, a municipality downstream from Hamburg in northern Germany.

The men, aged 23 and 25, had been seen taking a dip in the river shortly before they disappeared.

Eyewitnesses told rescuers that the men, who had been fooling around in the water, both dunked under and failed to resurface. It’s thought they were probably caught by strong currents and drowned.

Around 100 people, among them employees of the fire service, police force and volunteers from the German Life Saving Association (DLRG), then launched a search for the men early on Sunday evening.

Police boats and a helicopter joined the search, which also continued on land along both banks of the Elbe and the nearby Lühesand river island. Sonar equipment and divers were also deployed.

But after three hours there was still no sign of the missing men. The search was called off. The men's bodies were later discovered by a passerby. Police are assuming the deaths were an accident.