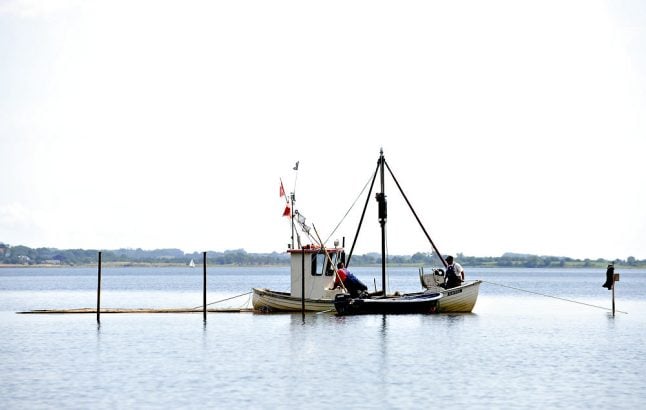 The barrier will be placed in parts of Flensburg Fjord, adding to a 70-metre fence on the land border that was part of an anti-swine flu bill passed by parliament last month.

Forest administrator Bent Rasmussen of the Danish Nature Agency confirmed the plans for the floating barrier to local media JydskeVestkysten.

Wild boar are strong swimmers, making it necessary to put the barrier in place should authorities be successful in their aim of preventing the animal from being able to cross into Denmark from Germany.

“If we don’t add water barriers to the land fence, there will not be any obstacles to the wild boar,” Rasmussen told JydskeVestkysten.

The fence – which is 1.5 metres high, 70 kilometres long and with an estimated building cost of just under 80 million kroner (11 million euros) – was approved in parliament by the government, Social Democrats and Danish People’s Party.

The aim of the fence is to prevent wild boar infecting farm pigs with the swine flu virus. Pork is one of Denmark’s biggest export markets.

The virus, which causes a haemorrhagic fever with high mortality rates in pigs, reached northern Europe in 2014, with cases found in Lithuania and Poland. It has since also been found in Estonia, Latvia, and the Czech Republic.

No cases have been recorded in Denmark, according to the Ministry of Environment and Food.

The water barriers will be placed at a perpendicular and stretch around 20-30 metres out into the fjord.

“This is not an attempt to prevent every journey across Flensburg Fjord. Other methods can also be used,” Rasmussen said.

But the barriers are unlikely to prevent the most determined boar from passing, he added.

“If the wild boar decide to go for a swim, they will discover that the barriers stop,” he told
JydskeVestkysten.

The forest regulator described the barrier as a “pipe-like construction” that the animals would be unable to pass by swimming.

The Danish Nature Agency’s application for permission to build the barrier is at the public reading stage until July 18th.

READ ALSO: Denmark’s border fence would be no use, wild boar can swim across: hunter