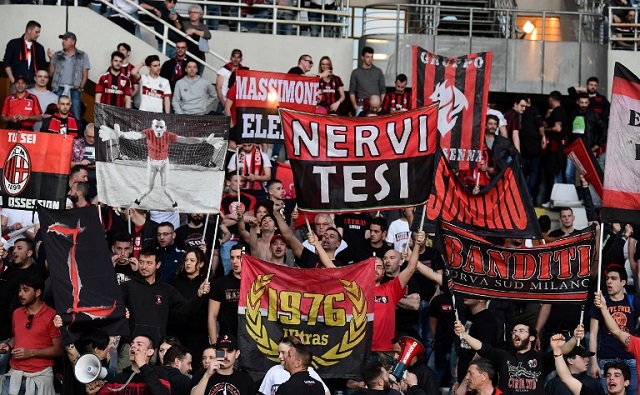 Elliott's founder and co-CEO Paul Singer said his fund “looks forward to the challenge of realising the club's full potential and returning the club to the pantheon of top European football clubs where it rightly belongs”.

In the statement from Elliott, Singer added: “Financial support, stability, and proper oversight are necessary prerequisites for on-field success and a world-class fan experience.”

The changes at the top come as the club faces a ban from next season's Europa League for failing to respect the break-even requirement in European football governing body UEFA's Financial Fair Play (FFP) rules. FFP regulations say that any football club in Europe spending more than its generated revenue could face sanctions.

In a statement from May 22nd, UEFA expressed doubts at Milan's ability to refinance loans from Elliott due to be repaid in October.

Milan are appealing UEFA's decision at the Court of Arbitration for Sport (CAS), which is expected to announce a final ruling on July 19th.

Troubles on and off the field

Milan splashed out over €200 million on players last summer but finished sixth in Serie A and failed to qualify for the more lucrative Champions League. The club's woes have been compounded in recent months by fears over its financial survival.

Elliot said it “fully appreciates the challenge and responsibility that ownership of this great institution entails”.

It also said it aims “to create financial stability and establish sound management; to achieve long-term success for AC Milan by focusing on the fundamentals and ensuring that the club is well-capitalised; and to run a sustainable operating model that respects UEFA Financial Fair Play regulations.”

The formal announcement of the takeover came after a source close to the matter indicated that Elliott had begun the legal process of taking control of Milan on Monday.

With Elliott taking over Li's majority stake, the Chinese directors currently on the Milan board will be replaced, most likely with representatives from the hedge fund.

The deal was originally due to close at the end of 2016, but was delayed partly because the group couldn't export funds from China, as the country tightened control on money invested abroad.

However, the sale was also shadowed by questions over the source of Li's wealth. In October The New York Times claimed that “virtually nobody” in China had ever heard of him.

Italian media reported that Li had been trying to line up investors willing to take control of the club, with media magnate Rocco Commisso and the Ricketts family, which owns the Chicago Cubs baseball team, mooted as possible buyers. However, no deal emerged.

PARTNER CONTENT
World Cup 2022: How to watch every game, wherever you are