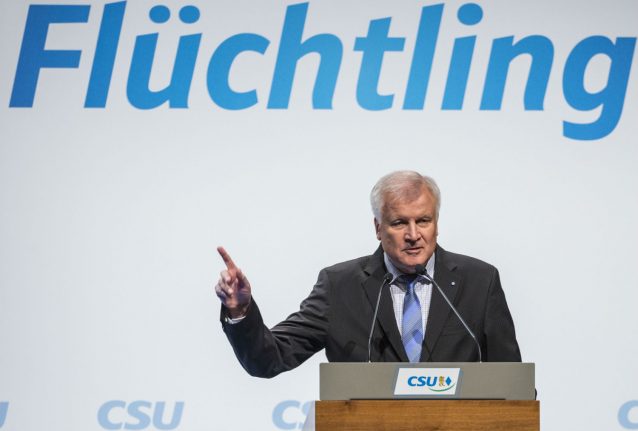 Minister Seehofer’s letter, details of which were leaked last week, was not agreed upon by the German government, the Süddeutsche Zeitung reported on Monday.

The paper said it had seen a letter from a senior German diplomat to the EU Commission last week in which it was made clear that Minister Seehofer had acted alone.

“I want to clarify that the letter was not agreed by the government,” wrote Thomas Eckert, head of the political department of Germany’s permanent representation to the EU in a letter addressed to the office of the European Commissioner for Home Affairs Dimitris Avramopoulos.

The letter went on to reaffirm the German government’s agreement with the EU Commission’s positions on Brexit.

The letter had prompted annoyance from the EU, which has sought to present a united front in Brexit negotiations with London.

This is not the first time Minister Seehofer has been out of step with the Chancellor Merkel. Last week he appeared to put to rest a long-running battle with Chancellor Merkel over her immigration policy.

However, the spat seems to have only benefitted far-right populist party Alternative for Germany AfD, with latest polls showing approval ratings up to 17% – on level with the Social Democrats (SPD).