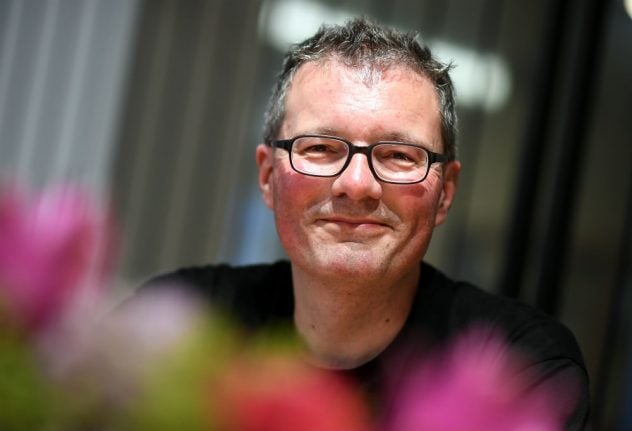 “It was four years ago that I realized I didn't need my salary anymore. I didn't have to work any more. So I quit my job,” the Berliner, now 47, tells AFP.

Hattwig put himself through a sometimes punishing savings regime for 10 years and carefully invested the proceeds, giving himself the resources to make the leap.

“For one or two years I was extremely tight-fisted” after the 2008 crisis, he admits, as his share holdings lost some of their value before later recovering.

“I avoided turning on the lights at home, I checked the meter regularly, I bought the cheapest food,” he recalled.

“But that phase is over now.”

A craze for frugal living is spreading on German-language blogs and internet forums, stoked by those already living the dream or people imagining what might be if they could only scrape the cash together.

For example, each step of 29-year-old Oliver Noelting's pilgrimage towards financial freedom is chronicled in detail online.

“I can totally imagine that when I'm 40, I'll say to myself: I've been doing this for 10 or 12 years. Now I want to do something else,” the Hanover-based computer programmer says, pooh-poohing the official retirement age of 67.

“My goal is just to be happy.”

Making do with less

Known as FIRE — “Financial Independence Retire Early” — in the United States, where it originated, the motives of adherents to the frugalist movement range from the ecological to the political or just personal inclination.

Enthusiasts are often middle class and lead simple lives with a focus on health — and nary a cigarette to be seen.

For many, it's about freedom from “existential fear linked to money”, like anxiety over losing a job or unhealthy levels of stress that can lead to burnout, says Gisela Enders, author of a book titled “Financial Freedom”.

Few adherents have any interest in cars, large flats or designer clothes.

“Do I really need all these things the consumer society wants to convince me at all costs I can't do without?” Enders asks.

Asking such questions is often a prelude to taking action.

“Frugalists live below their means for the long term, aiming to achieve financial independence and in the end realize a specific dream or wish,” Hattwig explains.

Resources to help seekers along the path are plentiful, meaning budding ascetics don't have to be financial wizards to reach their goals, says Hattwig.

It's a German thing: we don't talk about money.” Photo: DPA

A top blogger in the US scene is known as “Mister Money Mustache” for his keen sense for a good investment.

Hattwig too offers coaching on how to invest in financial products and real estate — whenever he feels like it, and only for those who can pay for the privilege although he calls it a hobby.

Others gather at “Financial Independence Weeks” (FIWE), regular community meetings organized by a couple who used to live in Germany and moved with their two children to Romania. Their gatherings draw up to 25 adherents, according to Noelting.

No-one has compiled figures for the number of frugalists living in Germany.

“It's a German thing: we don't talk about money,” author Enders explains.

At a time when Europe's top economy is desperately looking for solutions on how to pay for pensions after 2025 when the post-war baby boom generation heads into retirement, raising the possibility of upping the retirement age, the frugalists seem to have hit upon one solution to the demographic headache.

But it's a choice that provokes criticism over how a society with a communal responsibility can continue to function if increasing numbers, who have benefited from it by receiving an education for example, pay less, or nothing at all, into the public social security, pensions and health insurance pots.

Hattwig regularly receives messages from members of the public on his blog complaining he is being selfish but dismisses them as an expression of “jealousy”.

“Sure, I may have paid less into the pension system, but I don't want a state pension,” programmer Noelting says.

After escaping traditional working life, most frugalists look for new goals, and often find themselves most motivated by voluntary work, says Enders.

Rather than complain, “when 25-year-olds are saying to themselves 'I want to stop working at 40', we ought to be thinking about the quality of working life that our society offers,” she suggests.

FOR MEMBERS: How to maximize your German pension – even if you plan to retire elsewhere 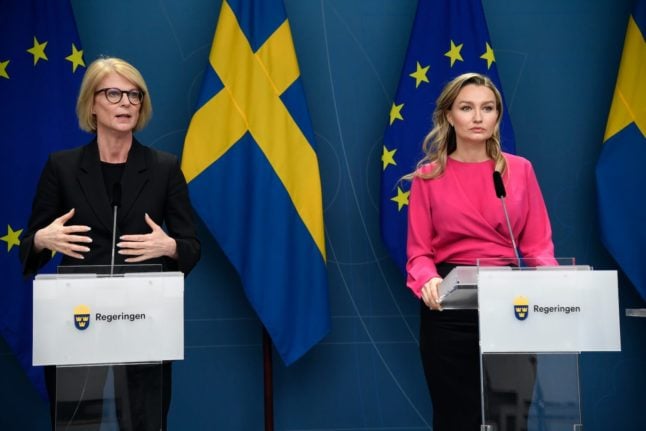 Finance Minister Elisabeth Svantesson and Energy and Business Minister Ebba Busch announced the scheme at a press conference on Thursday.

“Many, many companies are now struggling with their liquidity,” Svantesson said.

The deferral scheme is similar to that proposed by the previous government in order to ease the effects of the Covid-19 pandemic on companies, which was due to run out in February. The government has now proposed extending this scheme, allowing companies to delay their tax payments.

“These proposals will make things easier for many businesses,” Svantesson said.

The tax deferral scheme is not, Busch explained, being introduced as a replacement for the energy price subsidy for businesses which was supposed to be paid out “before Christmas” and which has now been withdrawn temporarily while the government figures out how it can be introduced without breaking EU law.

“No, rather this is a measure we’ve been looking at for a while, which should be seen as a complement,” she said.

According to rough estimates, the government believes that around 12,000 companies will apply for tax deferral, which would mean around 16 billion kronor in tax payments being delayed until a later date.

Företagarna, Sweden’s largest organisation of business owners representing around 60,000 companies across different branches, has welcomed the move, despite also voicing criticism that it’s just pushing these problems further into the future.

“It’s a loan and all loans need to be paid back over time,” Företagarna’s CEO Günther Mårder said.

Företagarna did, however, agree that the scheme will be necessary for some businesses to survive.

“Most companies going under are doing so because of liquidity problems, and this new measure will strengthen liquidity in the short-term,” Mårder said, adding that the measure could “save businesses”.

However, with many businesses already owing back taxes delayed during the pandemic, Mårder believes this could just be adding to the mountain of debt already faced by some companies.

“It means it will be record-breakingly difficult to get over this hump,” he said. “What they’re doing now is pushing problems into the future, and of course, that’s also a solution.”

The Confederation of Swedish Enterprise is positive towards the government’s proposal, adding that the many Swedish companies are currently in a difficult situation.

“Since the repayment of bottleneck revenues [energy price subsidies] is delayed, it is good and fair that companies have the opportunity to extend their tax deferrals,” Jonas Frycklund, vice chief finance officer of the Confederation of Swedish Enterprise wrote in a statement.

“This will lower the risk of having to let employees go unnecessarily.”

MONEY
Euro falls to 20-year low against US dollar
Url copied to clipboard!