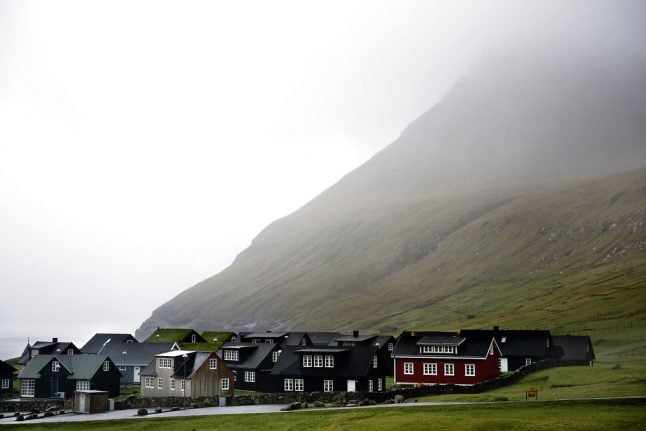 “We are confident that there is oil and gas here,” Kristina Hafoss, finance minister in the Danish autonomous territory in the North Atlantic, told AFP.

Even if there's not a single oil platform in sight?

“It's just a question of getting enough companies to go out and search for it and then we will find it.”

The oil majors lined up in the beginning.

In 2000, Britain's BP, Norway's Equinor (formerly known as Statoil) and Italy's Eni were among those who obtained licenses to prospect Faroese waters.

After nine test drills and much disappointment, the initial enthusiasm has now waned. Oil and gas was found in some wells, but the quantities were not enough to justify commercial production.

Equinor, the last of the oil companies to maintain an office on the Faroe Islands, shut its doors in 2015.

“We drilled a total of four exploration wells without making a commercial discovery, and based on the remaining potential we saw in the Faroe Islands the decision was made to exit,” spokesman Erik Haaland said.

During the most recent licensing round last year, only one group showed interest but no license was ever awarded.

The failure to find black gold could have extinguished the hopes of Faroese separatists, but the archipelago's economy is thriving thanks to profitable fisheries and fish farm sectors.

So much so that around half of the Faroe Islands' 50,000 inhabitants are toying with the idea of becoming independent from Denmark.

At the Faroese Geological Survey, experts are trying to make the most of the situation.

“It was a disappointment, I won't pretend it wasn't but given the timing, I'm not that surprised,” said marine geologist Heri Ziska, referring to the weak oil price which has forced the oil industry to slash investments over the past few years.

Nonetheless, “we have very positive indications from some oil companies,” he said, adding: “We can see that they are working in the area, so they're looking actively at it.”

Off the nearby Shetland Islands, significant oil and gas fields have been found.

Anglo-Dutch group Shell and US group Chevron are set to develop the Combo and Rosebank fields respectively, located just on the other side of the Faroes' maritime border.

“When you know that just a few kilometres from the Faroese border the UK finds oil all the time, it's quite sure that there is oil here,” insists Poul Michelsen, the Faroese foreign minister in charge of oil issues.

In addition to their geographic remoteness, the Faroe Islands must also contend with the challenge of having a seabed made of basalt, an inhomogenous volcanic rock that complicates drilling and makes it more expensive.

Even though a major oil discovery has yet to be made, the Faroe Islands still have a flourishing oil sector.

With strong maritime traditions dating back to their Viking roots, more than 1,000 Faroese work in the offshore sector, either in the Faroes or elsewhere.

“That's one of the really big successes of oil exploration in the Faroes: we don't have oil production but we have a lot of income from oil,” noted Ziska.

Regin Joensen is one of those who makes a living on oil rigs.

Employed by a Norwegian oil services company, he's the supervisor of an underwater remote operated vehicle off the Ivory Coast.

“Working on a Norwegian contract, the money (is) great and the 2-4 rotation as well. If I work in the North Sea I'm on board for two weeks and then home for four weeks. Working in Africa, the rotation is four weeks on and eight weeks off.”

Aged 52, he can't imagine working in any other sector.

“You can't change the expensive habits you have developed over the years earning good offshore money.” 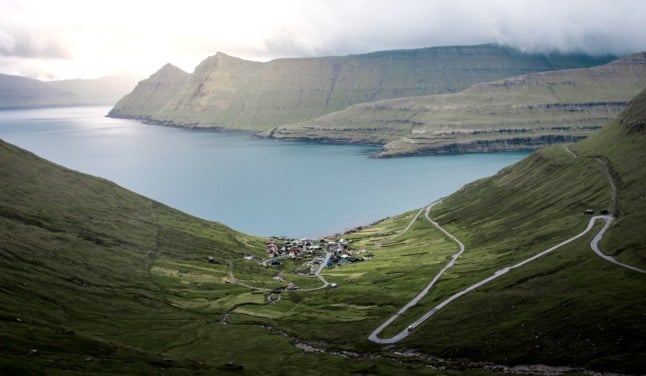 Photo by Lachlan Gowen on Unsplash

The hunt always sparks fierce criticism abroad, but never so much as last week when a particularly bountiful catch saw 1,428 dolphins massacred in one day, raising questions on the island itself about a practice that activists have long deemed cruel.

Images of hundreds upon hundreds of dolphins lined up on the sand, some of them hacked up by what appeared to be propellers, the water red with blood, shocked some of the staunchest supporters of the “grind” and raised concern in the archipelago’s crucial fishing industry.

For the first time, the local government of the autonomous Danish archipelago located in the depths of the North Atlantic said it would re-evaluate regulations surrounding the killing of dolphins specifically, without considering an outright ban on the tradition.

“I had never seen anything like it before. This is the biggest catch in the Faroes,” Jens Mortan Rasmussen, one of the hunter-fishermen present at the scene in the village of Skala, told AFP.

While used to criticism, he said this time round it was “a little different”.

“Fish exporters are getting quite a lot of furious phone calls from their clients and the salmon industry has NOW mobilised against dolphin-hunting. It’s a first.”

The meat of pilot whales and dolphins is only eaten by the fishermen themselves, but there is concern that news of the massacre will hit the reputation of an archipelago that relies considerably on exporting other fish including salmon.

Traditionally, the Faroe Islands  — which have a population of 50,000 — hunt pilot whales in a practice known as “grindadrap,” or the “grind.”

Hunters first surround the whales with a wide semi-circle of fishing boats and then drive them into a bay to be beached and slaughtered by fishermen on the beach.

Normally, around 600 pilot whales are hunted every year in this way, while
fewer dolphins also get caught.

Defending the hunt, the Faroese point to the abundance of whales, dolphins, and porpoises in their waters (over 100,000, or two per capita).

They see it as an open-air slaughterhouse that isn’t that different to the millions of animals killed behind closed doors all over the world, said Vincent Kelner, the director of a documentary on the “grind”.

And it’s of historical significance for the Faroe Islanders: without this meat from the sea, their people would have disappeared.

But still, on September 12th, the magnitude of the catch in the large fjord came as a shock as fishermen targeted a particularly big school of dolphins.

The sheer number of the mammals that beached slowed down the slaughter which “lasted a lot longer than a normal grind”, said Rasmussen.

“When the dolphins reach the beach, it’s very difficult to send them back to sea, they tend to always return to the beach.”

Kelner said the fishermen were “overwhelmed”.

“It hits their pride because it questions the professionalism they wanted to put in place,” he added.

While defending the practice as sustainable, Bardur a Steig Nielsen, the archipelago’s prime minister, said Thursday the government would re-evaluate “dolphin hunts, and what part they should play in Faroese society.”

Critics say that the Faroese can no longer put forward the argument of sustenance when killing whales and dolphins.

“For such a hunt to take place in 2021 in a very wealthy European island community… with no need or use for such a vast quantity of contaminated meat is outrageous,” said Rob Read, chief operating officer at marine conservation NGO Sea Shepherd, referring to high levels of mercury in dolphin meat.

“The Grind foreman for the district was never informed and therefore never authorised the hunt,” it said in a statement.

It also claims that many participants had no licence, “which is required in the Faroe Islands, since it involves specific training in how to quickly kill the pilot whales and dolphins.”

And “photos show many of the dolphins had been run over by motorboats, essentially hacked by propellers, which would have resulted in a slow and painful death.”

Faroese journalist Hallur av Rana said that while a large majority of islanders defend the “grind” itself, 53 percent are opposed to killing dolphins.