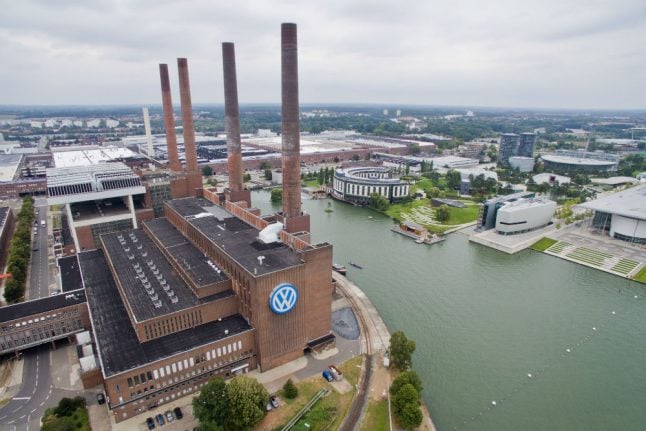 “The Braunschweig public prosecutor issues an administrative order against Volkswagen AG in the context of the diesel crisis and imposes a fine of EUR1 billion on Volkswagen AG”, the company said in a statement.

The German car giant said it had “accepted the fine” and would not lodge an appeal.

“Volkswagen AG, by doing so, admits its responsibility for the diesel crisis and considers this as a further major step towards the latter being overcome.”

The prosecutors said the penalty was “one of the highest fines ever imposed on a company in Germany” and stressed that it was unrelated to civil cases seeking compensation or ongoing criminal investigations against the people involved.

In fact, output of harmful fine particulates and nitrogen oxides (NOx), which can cause respiratory and heart diseases, was far higher than legally permitted.

VW's admission had so far cost it more than €25 billion in buybacks, fines and compensation, and the company remains mired in legal woes at home and abroad.

VW's chief executive at the time of the diesel scandal Martin Winterkorn stepped down soon after the news broke, while successor Matthias Müller was hastily replaced earlier this year.

Both are suspected of knowing earlier than they have so far admitted about the cheating, meaning they failed in their duty to inform investors in the car giant about the financial risks.

US prosecutors also indicted Winterkorn last month saying he knew of the company's emissions cheating as early as May 2014 but decided to continue.

The “dieselgate” saga has cast a pall over Germany's vaunted car industry, with suspicions of emissions manipulation since spreading to other companies.

Luxury carmaker BMW and Mercedes-owned Daimler have both had their offices raided by investigators searching for evidence of possible cheating.

In the spiralling scandal, Germany ordered Monday the recall of some 774,000 Daimler vehicles across Europe, citing illegal defeat devices.

VW said in its statement that prosecutors had found that “monitoring duties had been breached … in the context of vehicle tests”.

This had led to 10.7 million cars “being advertised, sold to customers and placed on the market with an impermissible software function” in the US, Canada and worldwide between mid-2007 and 2015, the company said.

SEE ALSO: How VW was rebuilt by a stubborn Englishman