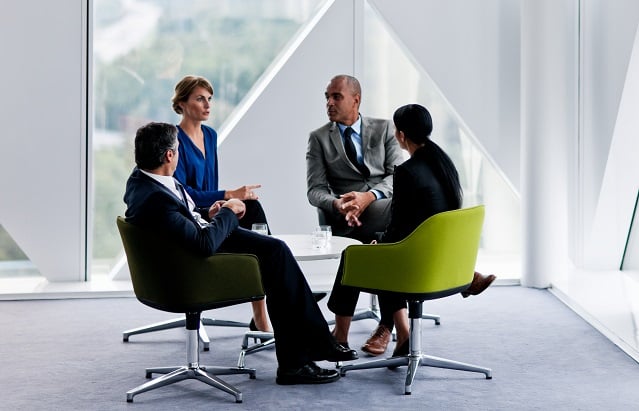 File photo of a meeting in Stockholm: Henrik Trygg/imagebank.sweden.se

The report, from recruiting agency Jurek, concluded that the discrepancies were creating an “unsustainable situation” in the Swedish labour market.

“Age, gender and name still have a big impact on today's labour market — perhaps it's no longer so striking when it comes to who gets a job, but it's clear when it comes to salary,” noted Shervin Razani, an Iranian-Swedish entrepreneur and Jurek's CEO. “Employers should make sure that they pay based on the work being done. Not the person doing it.”

According to the report, published on Tuesday and based on 1,875 interviews with job candidates during 2018, male native Swedes typically earn more than their female peers or those with non-Swedish names, even taking into account job role, level of education, and experience.

In the public sector, average salaries were lower, but this didn't mean the gender gap was eradicated, with the average salaries for the first quarter at 35,285 kronor/month for men and 31,846 for women.

Jurek cited an example of three applicants with the same level of education who applied for “similar and comparable” jobs. A man with a Swedish-sounding name ('Anders') both applied for and received a higher salary than a Swedish woman ('Eva') and a man with a foreign-sounding name ('Ahmed'). Though the report did not include data about candidates' nationality, its writers concluded that an applicant's name “matters a lot for the final salary”.

Job applicants with typically Swedish names earned significantly more than others according to the data, with Jurek reporting that the best-paid name overall was Jonas.

The gender gap also appeared to increase with the age of workers.

Women's salaries were roughly in line with those of their male peers for job candidates in their 20s, but over the age of 30 the salary difference reached an average of 4,000 kronor per month, which doubled to 8,000 kronor after the age of 40.

The report included suggestions on how these gaps can be closed, through efforts both on the side of the employer and job-seekers themselves.

One way applicants could improve their prospects is by asking for a specific salary; one in five of the applicants interviewed by Jurek requested a “flexible” salary or one “in line with market rates” rather than name a figure.

Instead, the recruiting agency advised candidates to be “better prepared and more engaged” with the recruitment process, by researching average salaries in order to strengthen their requests and to “aid all parties” involved in the hiring.

Looking for your next role? Find English-language jobs in Sweden on The Local Jobs.