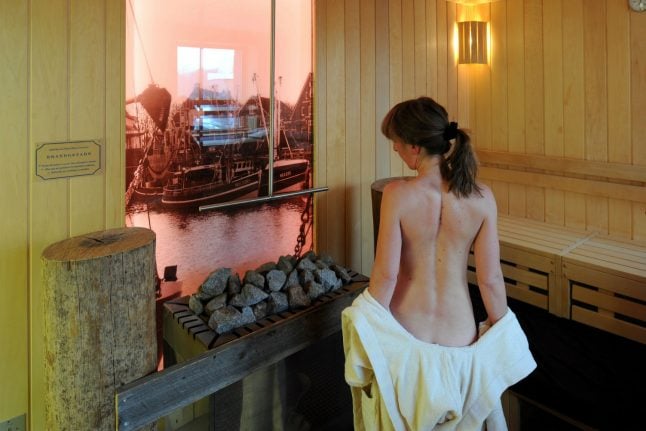 To my own surprise, I was disappointed to discover that my first hen party experience in Germany would be a classy affair.

Instead of indulging in strippers and inadvisable amounts of booze, we were going to Vabali, one of Berlin’s premium spas. While some might have found this a refreshing take on the famously debauched rite of passage, I wasn’t so enthusiastic.

In Germany, a trip to a spa usually involves some compulsory nudity – a prospect this Brit wasn’t all that comfortable with.

From spas to swimming pools, at parks and on the beach, Germany’s Freikörperkultur (FKK), or free body culture, is a far cry from the prudish outlook towards baring all back in Old Blighty.

Rooted in the country’s history and still widespread today, public nudity enjoys a long-held acceptance in Germany. It isn’t strange to find people sunbathing topless in the local park. Do the same in the UK and you may find yourself receiving a brisk tap on the shoulder, with warnings that the children in the vicinity might – God forbid –  see you.

The hen do wasn’t my first brush with Germany’s relaxed outlook. As a child holidaying in Bavaria, I remember the trauma induced by the swimming pool changing rooms, where I rigidly refused to make eye contact with any of those bizarre naked people. My mum tried to put me at ease. “Nobody’s looking! This is normal – they just…aren’t fussy like that!” she had insisted in vain.

Now that I’m a fully-fledged adult, the spa trip felt like a timely opportunity to readdress the nudity question, and maybe even to understand what the Germans were on to. Having experienced moments of body dysmorphic disorder in my late teens, I suspected that the experience of being naked in public could be either cathartic or catastrophic. It was nerve-wracking, and I found myself pining for the considerably less stressful strippers-and-booze hen party alternative.

I wish I could say that unrobing by the pool for the first time that day was the moment of powerful liberation I never knew I was waiting for. But in reality, it was painfully awkward. Similar to my childhood experience of Bavarian changing rooms, I almost broke my neck in a bid to look absolutely anywhere except, accidentally, at somebody else’s genitalia.

Something about being naked in public felt so unnatural. For at least the first hour, the self-consciousness and fear of being looked at overrode what was meant to be a pleasant experience of being in the plush environment of Vabali. People wandered through the rooms freely without so much as their locker wristbands, but I was still reluctant to part with my robe.

Then we headed to the saunas. During the ten-minute sessions, there were around twenty of us packed into a tiny room in soaring temperatures, without even a towel to cover our naked bodies. It was in these saunas that I began to shake off my fears and gradually came to enjoy the freedom of being naked.

Uneven breasts, cellulite, spots in odd places; all these features typically seen as unfit for public appearance were on display, and nobody was trying to hide them. Instead, people were relaxed, sprawled out, chatting with friends. Everyone enjoying the serene, therapeutic settings, clearly not giving much thought to who could see them. Witnessing this left me comfortable enough to do the same.

At first, I couldn’t shake the fact that people might be able to see the flaws which I usually had the luxury of hiding under a craftily-fitted swimsuit. But the thing is, nobody was looking. In public spots like Vabali and indeed others where nudity is customary, naked bodies aren’t objects to be leered at, to be preened or fussed over.

By the end of the day, my concerns became less about who could see my dimples and more about how I was going to survive another ten minutes in the soaring heat of these saunas. I wouldn’t say I had rid myself of all my body insecurities for good, but the experience did show me how insignificant they could become.

The weekend after the hen party, I took a day trip to Liepnitzsee, a lake slightly north of Berlin. Many spots on the shore were frequented by those in the nude, with FKK signs nailed onto the trees around us. As my boyfriend got stuck in a complicated towel manoeuvre to avoid bearing more than a hint of thigh as he changed, I couldn’t help but laugh, before shrugging off my towel and heading straight for the water – no swimming costume necessary.

SEE ALSO: The trip back home that helped me put my Berlin woes into perspective

INTEGRATION
Have your say: How would YOU shape Berlin? 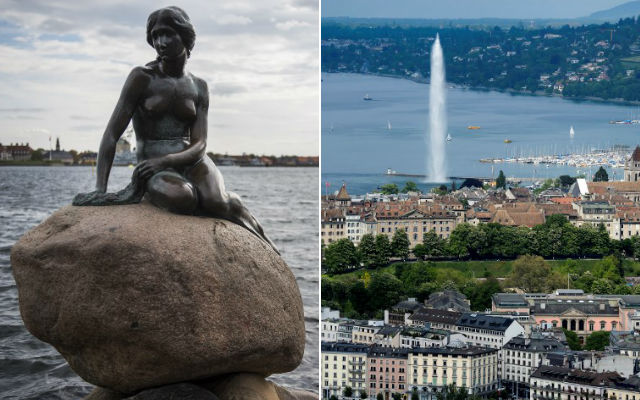