Saga Norén, played by Sofia Helin, with the 1977 Porsche 911S from The Bridge. Photo: Carolina Romare/Bonhams

With the series having concluded earlier this year, the iconic 1970s sports car is now set to be given a new home, Danish broadcaster DR reports.

The olive green car will be sold at the Bonhams Festival of Speed Sale in Goodwood in the United Kingdom on July 13th, with money raised to be donated to WaterAid, a Swedish NGO which aims for the entire world to have access to clean water by 2030.

Production companies Filmlance International and Nimbus Film, who collaborated with DR and its Swedish counterpart SVT on the series, agreed to give up funds raised from the sale to the cause.

Actor Sofia Helin, who played Saga in the all four seasons of the series, which began in 2011, is an ambassador for the charity.

Helin will be present at the auction of the Porsche in the UK next month.

“Saga’s Porsche is a big part of my life as an actor and is also a part of television history. I’m happy that this iconic car can also be beneficial after The Bridge,” Helin told DR.

“(The production companies) have been very generous to agree to everything. They’re the ones that own the car, so in theory they could have sold it themselves and kept the money,” she said to Norwegian broadcaster NRK.

The Nordic Noir series was hugely successful in both Scandinavia and the UK and several other countries have created their own series about police work across borders. 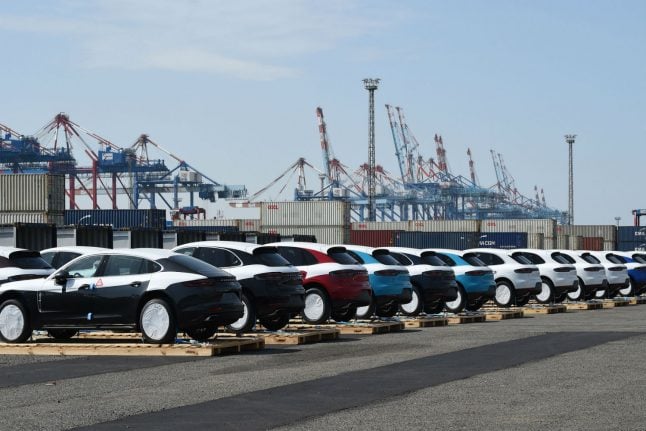 The investigators suspect that “an official from the Stuttgart business audit office revealed confidential information to a tax advisor of Porsche AG and accepted benefits in exchange,” they said in a statement.

Almost 200 police and prosecutors searched the luxury car maker's offices, tax collectors' offices, a tax advisor's office and private homes in and around Stuttgart for paper and digital documents.

On top of the bribery probe, investigators suspect the company made “unjustified” and “disproportionately large” payments to a former works council member.

Six people, including some from the company leadership, “may have committed fraud against Porsche AG” they said.

Porsche confirmed to AFP that the searches had taken place, adding that the carmaker “is cooperating fully with the authorities.”

On top of the bribery probe, investigators suspect the company made
“unjustified” and “disproportionately large” payments to a former works
council member.

They “may have committed fraud against Porsche AG,” said prosecutors.

The former works council member was not one of the people under suspicion, prosecutors said.

Earlier this month, Porsche agreed to pay a fine of €535 million over its role in the separate “dieselgate” emissions cheating scandal.

Its parent company Volkswagen admitted in 2015 to manipulating 11 million vehicles worldwide to appear less polluting in the lab than on the road.