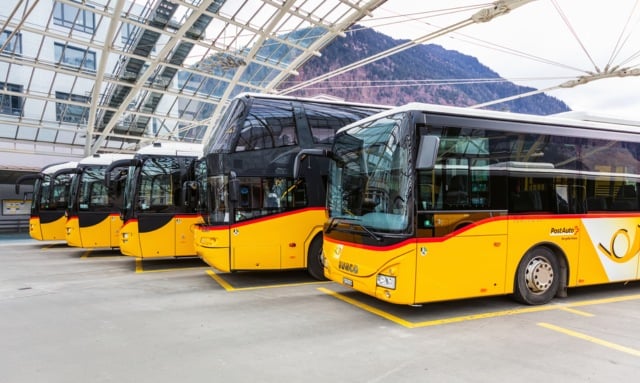 In a case that shocked Switzerland, it emerged in February that national icon PostBus, a Swiss Post subsidiary, used accounting tricks to illegally obtain at least 90.87 million francs in state subsidies for the operation of its regional transport services.

Read also: Swiss PostBus scandal – 'It's much more than the money: it's cultural'

PostBus director Daniel Landolf and finance director Roland Kunz both stepped down on February 6th when details of the scandal first went public but the enterprise’s CEO Susanne Ruoff stood firm despite coming under heavy fire.

Now, however, Ruoff – who became the first-ever female CEO of Swiss Post when she took on the role in 2011 – has been forced out.

In a media release on Sunday, Ruoff said she had not known of the illegal subsidies over the period in question but conceded a new external report into the affair showed there were certain indications of the practice from 2007 to 2015.

Announcing her resignation, which comes shortly after the publication of a damning 200-page report into the affair, she said she assumed “overall responsibility”.

Other figures at Swiss Post were also in the firing line, Urs Schwaller, Swiss Post Chairman of the Board said on Monday.

“Trust is good, but controls are better,” said Swiss Transport Minister Doris Leuthard on Monday, reacting to the news of the resignation.

But Leuthard denied that either she or Schwaller, who took over the role of Swiss Post chairman of the board in 2016, had personal responsibility in the affair.

As a subsidised enterprise, PostBus Swtizerland is legally forbidden from turning a profit.

But the subsidies scandal saw PostBus use irregular accounting practices to divert profits from its subsidized regional transport business into other profit-making parts of the business.

By failing to disclose those profits, the enterprise illegally harvested around 90 million francs in subsidies from federal and regional authorities from 2007 to 2015, although the practice may have continued into 2016 and 2017.

The scandal has dented confidence in Swiss Post in a country where public trust in institutions is traditionally high.