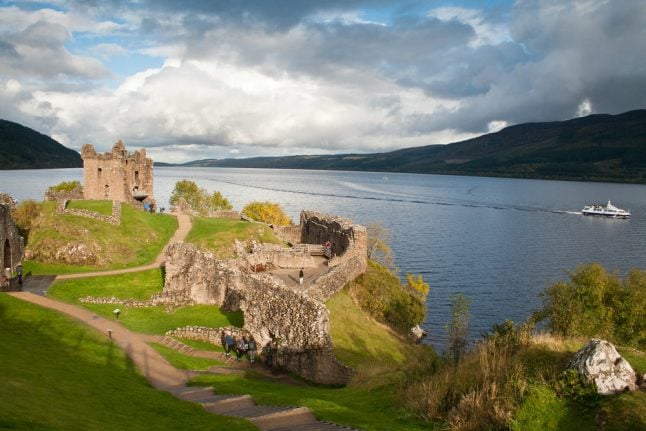 Urquhart Castle in Scotland, with Loch Ness in the background. Photo: johnbraid/Depositphotos

The researchers will be searching the 220-metre deep Loch Ness in Scotland for DNA from fish and algae – and anything else that might be hidden in the underwater depths.

According to folklore, the Loch Ness Monster inhabits the Highlands loch.

Kristine Bohmann of the Natural History Museum of Denmark is one of three Danish scientists to be attached to the project.

“Instead of going out and catching fish, we are going to take DNA from the water to find out what is in the lake,” she added.

Collected DNA from sources such as urine, shells from fish or feathers from birds will then be compared to databases to gain a clearer idea of the types of animal life making the loch their habitat.

Several theories exist as to the origin of ‘Nessie’, including that it is the ancestor of an aquatic dinosaur that somehow survived the extinction event that wiped out the rest of its species.

The existence of the monster has ever been proven, despite numerous claims of sightings over the years. An undated photo of a shadowy shape that some people say is a photo of the Loch Ness monster. Source: Ritzau Scanpix

Loch Ness is interesting to scientists because of its unusual depth coupled with darkness and poor visibility.

The Danish researcher admitted that she hoped the project would benefit from the extra publicity the Loch Ness Monster myth could bring it, but admitted to doubting the scientific work would turn up any mythical sea beasts.

She said that any results from the work could not definitively rule out Nessie’s existence.

“This is a very sensitive method but it requires DNA we find to already exist. So we can say something about what we find, but not about what we don’t find,” Bohmann said.

“So when we don’t find a monster, that doesn’t mean we can say there is no monster,” she said.

Around 300 samples will be taken from the water by Bohmann and two Danish colleagues during the week-long testing period.

Results are expected to be published at the beginning of next year.