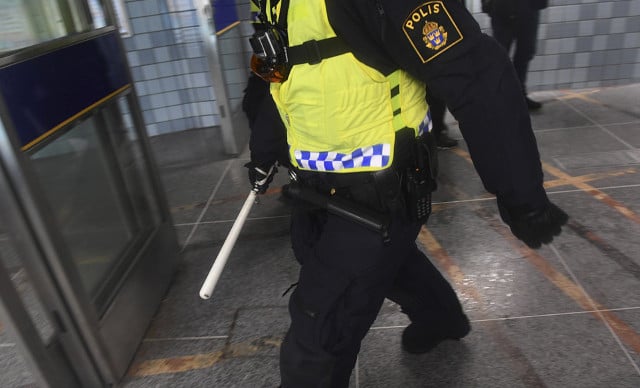 Transport operator SL regularly assess the security situation at stations in the Swedish capital in coordination with the police, and Rinkeby, Tensta, Rissne and Hjulsta currently have a “red” classification.

“You can't work normally at these red-marked stations. '’I've never feared for my life, but have ended up in situations where personal safety is put to one side,” a security guard told SvD.

IN-DEPTH: Working on the font line in Stockholm's vulnerable suburbs

Certain situations can be resolved by the guards on their own and police situation is not needed:

“If it's just a drunk person who is to be ejected the police aren't needed.”

The assessments of stations are not static and can change. North-western suburbs Rinkeby and Tensta are constantly marked as “red” while the classification given to Rissne and Hjulsta fluctuates.

Police have also had to protect other workers in the areas such as parking wardens. And Järva subway station meanwhile has according to police become a hot-spot for drug-dealing.

PARTNER CONTENT
Still struggling with Swedish? Here’s how to accelerate your learning
Url copied to clipboard!