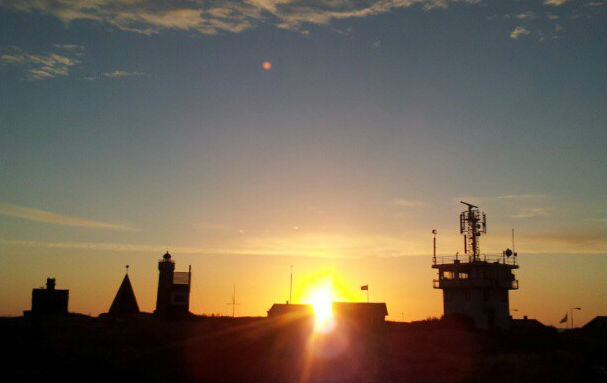 The weather station in Vinga during another warm night in 2012. Photo: Rennings/Flickr
The lowest temperature on Saturday night on the island of Vinga near Gothenburg was 20.1C, qualifying the night for ‘tropical’ status, defined as a 24-hour period where the temperature never drops below 20C.
“It’s extremely unusual that we have a tropical night before the middle of June,” Alexandra Ohlsson,  meteorologist on duty at Sweden’s SMHI weather forecaster, told Sweden's TT newswire.
In the 68 years since 1950, there has only been one year, 1986, when a tropical night has been recorded similarly early, in Kullen, also on Sweden’s West coast — but that was two days later on June 4.
Last year, there was no tropical night at all, in 2016 it came on July 24, and in 2015 on July 2.
SMHI tweeted the news of the unusually early warmth.

The early warmth has also brought the year’s first ripe strawberries weeks early, with many pick-your-owns already open.
“There are masses of red berries,”  Lars-Erik Nilsson, who runs a pick-your-own berry farm in Getinge on Sweden’s west coast, told Swedish broadcaster SVT.
“It's going at a record speed, a single day is like three normal days, so if you want to eat strawberries you should get a move on.”