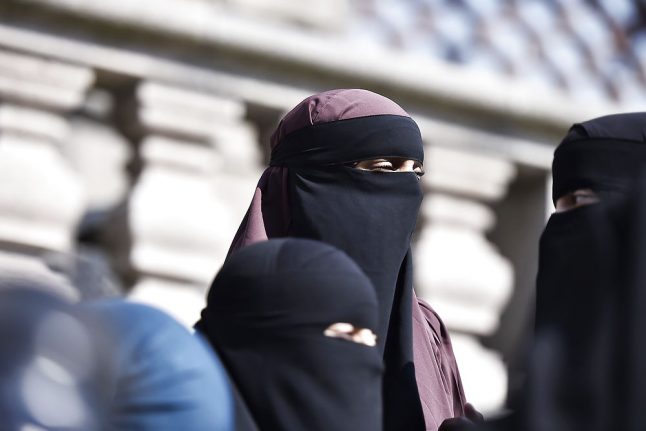 The Liberal, Conservative and Danish People’s parties all voted in favour of the bill, as did the opposition Social Democrats with the exception of MP Mette Gjerskov, thereby securing the majority.

MPs who are not ministers from Libertarian coalition partner Liberal Alliance voted against it, with the exception of one, Henrik Dahl, who voted in favour.

In total, the bill received 75 votes in favour and 30 votes against. Some MPs were absent from the vote in a so-called ‘clearing agreement’ in which all parties allow members to choose not to participate in a vote.

During the weeks-long parliamentary procedure of the bill, the government removed a provision allowing prison sentences as potential punishment for breaking the new law.

Violations of the anti-veil law will result in a 1,000 kroner (134 euros) fine for the first offence and up to 10,000 kroner for breaking the law for the fourth time or more.

The Danish People’s Party (DF) had earlier this week presented an amendment to the proposal that would have provided for prison sentences.

But with no broader support for the harsher punishment, DF voted in favour of the existing form of the bill.

“I do not want police officers pulling items of clothing off people – burqas or otherwise. That is not going to happen,” Poulsen told Politiken last month.

“If they live nearby, they will be asked to go home,” Poulsen said at the time.

A further option would be for women to be accompanied to a police station, where they would be collected by a family member, he added.

France was in 2011 the first European country to ban Islamic veils in public by law. DF first raised the possibility of introducing such a ban in Denmark in 2009.

“Parliament has clearly stated that the burqa and niqab do not belong in Denmark. They are incompatible with Danish culture and the foundations on which Denmark is built,” DF's spokesperson on immigration issues Martin Henriksen said.

Asked whether it is Danish to deny individuals the right to choose what to wear, Henriksen said it was “always Danish to protect Denmark”.

“Of course, we have individual freedoms we must protect. But some people use them to promote an ideology that, if they are successful, will mean many more lose their freedoms,” he said.

The actual number of people who currently wear either the burqa or niqab in Denmark is not known precisely.

The most recent figures come from 2010, when a government report estimated the number to be between 150 and 200 women, with the majority of these wearing the niqab, rather than the burqa.

READ ALSO: 'Because I have children and I don’t want to get into problems, I will remove my veil': Danish Muslim