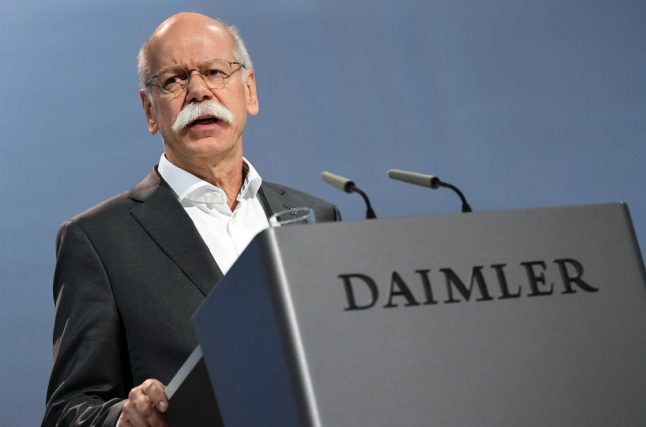 “We will begin a deeper exchange on these complex technical issues with the aim of identifying the number of affected vehicles,” said Transport Minister Andreas Scheuer after meeting with Daimler boss Dieter Zetsche.

Scheuer said he has given Zetsche two weeks to clarify the issue.

“At another meeting in 14 days, we will have the concrete results on the table,” said Scheuer.

If the KBA's suspicions are confirmed, Daimler would be the next giant German automaker dragged into the diesel emissions cheating scandal.

Germany's auto industry has been struggling to emerge from a cloud of suspicion since Volkswagen in September 2015 admitted to fitting 11 million vehicles with illegal software to make them appear less polluting under test conditions compared with real on-road driving.

“If necessary, the company will contest the disputed interpretation of the law before the court,” the group in a statement on Thursday.

“Independently from the judicial procedure, Daimler is cooperating with the authorities and will make available an update for the software concerned,” it added.

German media reported that Daimler may have to recall up to 600,000 cars worldwide, including tens of thousands of Class C Mercedes.

Sueddeutsche Zeitung daily also said that the alleged fixed motors were produced by French automaker Renault, which is a long-term partner of Daimler.

In France, an independent inquiry group has also found that diesel vehicles — including Renault models — sold domestically were emitting more pollutants than permitted.