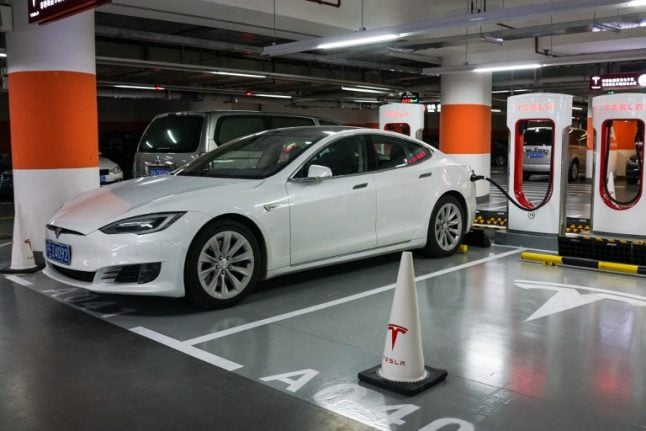 The 48-year-old died when his Tesla caught fire after he slammed into a crash barrier on the A2 motorway in southern Ticino. It is not known whether the autopilot function of the Tesla car was activated at the time.

“In the wake of this violent impact, the lithium ion batteries could have provoked a process known as 'thermal runaway', that is, a rapid and unstoppable increase in temperature,” said Bellinzona firefighters in a Facebook post on Monday.

“In exceptional circumstances, lithium ion batteries can experience a sudden and unstoppable rise in temperature – a sort of chain reaction that can lead to a breakdown of the thermal equilibrium of the system and to the complete destruction of the batteries and the car,” fire safety expert Guido Zaccarelli said in an article quoted by the Bellinzona fire brigade.

But cantonal police in Ticino told Swiss news agency SDA that nothing suggested at this stage that batteries were the cause. They said investigations were ongoing.

Tesla made the following statement on the matter: “We are deeply saddened by this accident, and we are working to establish the facts of the incident and offer our full cooperation to local authorities. Tesla has not yet received any data from the car and thus does not know the facts of what occurred, although it appeared to be a high speed collision.”