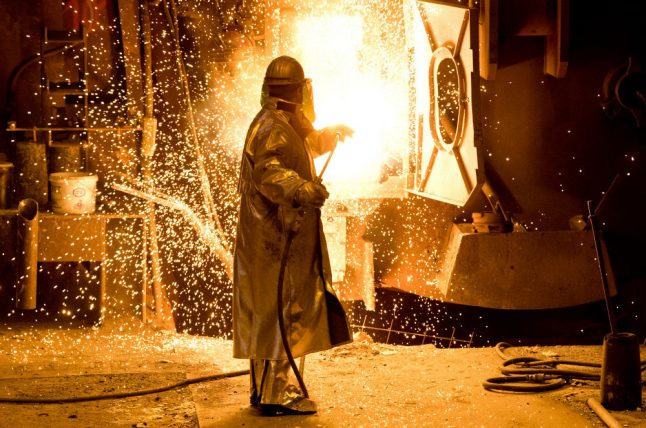 “From today's perspective, we must assume that the tariffs will come on May 1st,” when an exemption period ends, said a German government source on the eve of Washington talks between US President Donald Trump and Merkel.

“And then we will see how we will handle it.”

Trump announced last month that the United States would impose tariffs of 25 percent on steel and 10 percent on aluminium, claiming foreign imports were harming US national security by undermining the domestic production needed for military readiness.

After an outcry from US allies, Trump granted a temporary exemption to key partners, including Canada and the European Union.

Among Merkel's priorities during her visit to Washington would be to deepen economic ties with the US, the German government source said, adding that Berlin is ready to renegotiate industrial tariffs with the US.

“We can talk about this thing again,” said the source.

The EU's top trade official Cecilia Malmstrom last week said Brussels expected nothing less than to be permanently excluded from the US tariffs.

Brussels has also prepared a list of countermeasures in case the US fails to prolong the exemption and slaps on the tariffs.