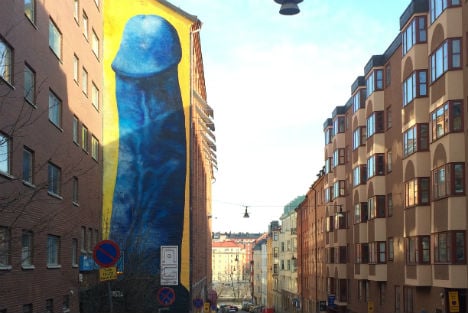 What will the neighbours think? The penis bathed in the sun in Stockholm on Wednesday. Photo: Hugo Röjgård/Graffitifrämjandet
The Local
[email protected]
@thelocalsweden


A Swedish artist has painted a five-story-high blue erect penis, complete with bulging veins, on an apartment building in central Stockholm.

Carolina Falkholt, who created the mural, said she hoped that even those who are repulsed or angered by her art would be forced to think, in comments made to the Aftonbladet tabloid.
“They should consider what it is they are so upset about and then talk about it,” she said as the painting was unveiled at Kronobergsvägen on Kungsholmen. “Sex is so important, but it’s always been too dirty to discuss.”
The penis was painted on a legal graffiti wall established in Stockholm by the art organization Kollektivet Livet, meaning there was no need to consult with residents before painting it.
“They can choose the motif themselves, so I don’t think they’ve talked to the neighbours or anyone before doing this,” Hugo Röjgård, from Swedish graffiti campaign group Graffitifrämjandet, told The Local.
He said that he didn’t think the decision would hurt his campaign to encourage more apartment building owners to free up walls for graffiti.
“I don’t think so really, because first of all Carolina Falkholt is a widely known artist in Sweden. And secondly, the thing with these kinds of wall is that you’re supposed to paint stuff that doesn’t have any other place to be,” Röjgård said.
He added: “I’m not saying these walls are for making big penises on, but it should be alright to do that.”
Kollektivet Livet normally allows paintings to remain on the wall for about six months before commissioning a new artist.
Falkholt caused uproar in New York in December when she painted a similar giant erection — this time in pink, orange and red — on a wall in Manhattan’s Lower East Side.
That painting was erased after only a few days, rather than the three weeks intended, following heavy media coverage and vociferous complaints from residents.
“I usually paint giant vaginas, pussies and cunts,” Falkholt told The Guardian newspaper in December. “And since I had just finished one on the side of a five-storey building, I felt like a dick was needed. The wall space on Broome was a perfect fit for it. To paraphrase [the artist] Judith Bernstein, if a dick can go into a woman, it can go up on a wall.”
Falkholt told Aftonbladet that she expected Stockholm residents to be more welcoming: “I think that perhaps it will be allowed to remain here, that people get the message and let it take its place in the debate around the body, sexuality, and freedom.”
“I think that there there’s greater intellectual space to discuss the subject, in a nuanced way.” 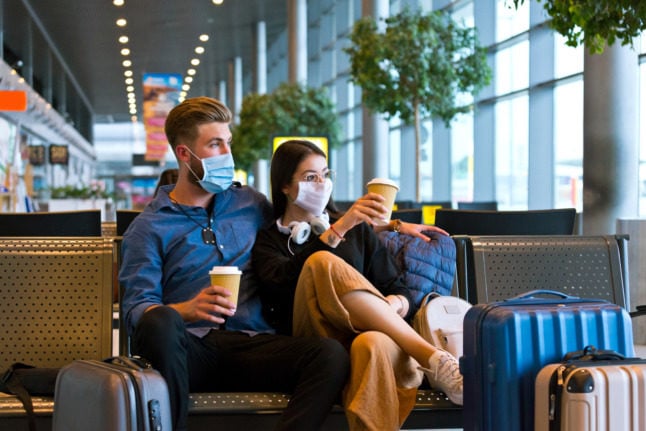 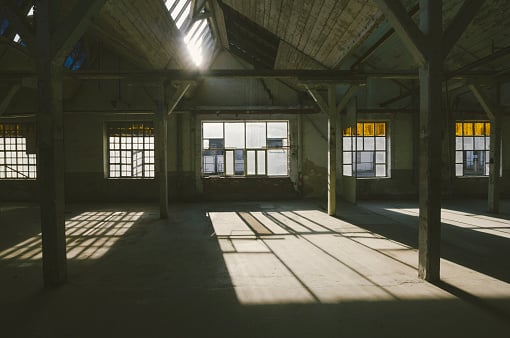