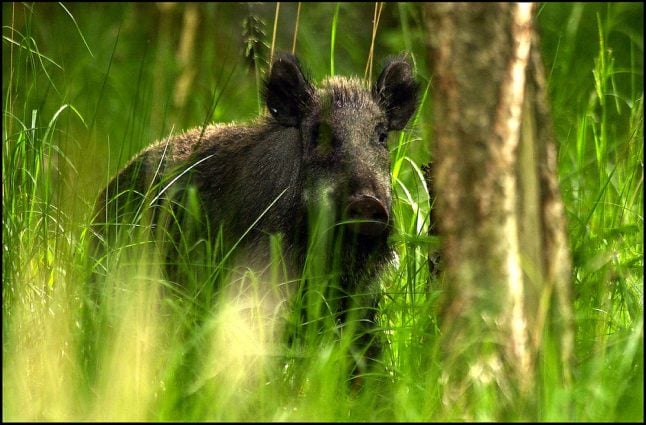 
A proposed 70 kilometre-long fence on Denmark’s southern border with Germany, which the government says will help prevent swine flu spreading into the country, will not be effective, an experienced Danish hunter has said.

Citizens in southern Jutland met Minister for Food and the Environment Esben Lunde Larsen in the town of Tønder on Tuesday to discuss the fence, broadcaster DR reports.

The 70km fence was announced last month as part of a package of proposals aimed at preventing the African swine fever virus from spreading amongst Denmark’s large pig population.

The fence will cost around 80 million kroner (11 million euros) and will include stiles and gates where it is met by paths. Road traffic across the border will not be affected.

Hans Kristensen, a hunter and author of hunting books, told DR prior to the residents’ meeting that the fence would not have the intended effect of preventing wild boar from crossing the border with Germany.

Kristensen, who has followed wild boar migration patterns for several years, said that the animals do not live in the area between the German city of Flensburg and Tønder, where the fence would be placed. Instead, the animals live east of Flensburg and cross into Denmark via Flensburg Fjord.

“They can easily [swim across the fjord]. It is known that wild boar love the water and are good swimmers. They have crossed waters twice as wide as Flensburg Fjord,” he told DR.

With no plans to create a barrier across the water, Kristensen said the government measure had not been thought through.

“This should be managed based on expert advice and not hysteria, so we can find a smart solution rather than a panicky intervention which will have considerable consequences for surrounding nature and no effect on wild boar,” he said.

In Schleswig-Holstein, the German province bordering Denmark, as well as in South Jutland, the issue with the wild pigs is currently managed by permitting hunters to shoot the animals in order to keep population numbers stable. That measure alone is sufficient to stop swine flu from spreading into Denmark, according to Kristensen.

“So it’s a bit stupid to throw away 80 million kroner on a useless fence, instead of spending it on something known to have an effect,” he said.

The fence is expected to be 1.5 metres tall and sunk 50 centimetres into the ground.

“I do not want to take any risk. We have an export industry worth 11 billion kroner (1.5 billion euros) annually which could be put at risk,” Larsen said via a press statement when his ministry last month announced the anti-swine flu package.

Tuesday’s citizens’ consultation was intended to create positive dialogue with landowners on whose ground the fence would be placed, Larsen said in a statement prior to the meeting.

But opinions were mixed, DR reports, with conservationists raising concerns about the fence’s effects on ecosystems in the area.

“Animals have followed the same trails over the border for thousands of years. Now we are suddenly putting up a fence, and that will have consequences we have no idea about. Thousands of birds will die from flying into the fence. So I’m incredibly against this fence,” nature guide Hans Tonnesen from Tønder said according to the broadcaster’s report from the meeting.

But farmers were more positive about the measure.

“This is positive and proactive. It’s a good initiative to minimise the risk of swine flu in Denmark. The alternative is much more expensive, if African swine flu gets up here,” pig farmer Torben Lei, who is vice-chair of the LandboSyd agricultural representative group, told DR.

A second farmer, Jørgen Popp Petersen, who is chair with the farmers’ advisory body LHN and a local councillor in Tønder, suggested the decision to build the fence should be reconsidered.

“It would naturally be a catastrophe if African swine flu comes to Denmark. So it may be necessary to build a fence,” Petersen told DR.

“But at the moment, African swine flu is 1,000 kilometres from Denmark. It has stayed in eastern Europe for 11 years, so I can’t see why our near border area is a risk zone at the moment,” he added.

The disease affects both wild and farm pigs but cannot be transmitted to humans.

The virus, which causes a haemorrhagic fever with high mortality rates in pigs, reached northern Europe in 2014, with cases found in Lithuania and Poland.

No cases have been recorded in Denmark, according to the Ministry of Environment and Food.

Risk levels in the Scandinavian country are currently considered to be low.

‘Sushi smugglers’: Why food deliveries in this Swiss-Italian border town are causing havoc