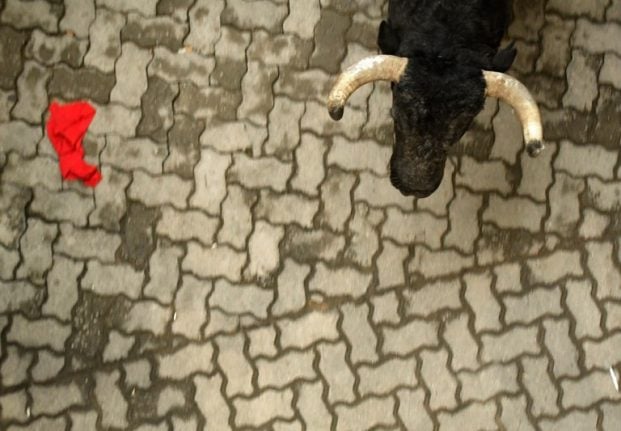 File photo of a bull during a fiesta in Spain. Photo: AFP
The Local
[email protected]
@thelocalspain


A 45-year-old man became the first bull-running victim of 2018 when he was gored to death during an Eatser festival in southern Spain.

The man, wearing a bright yellow top, died after his lung was pierced by the horn of the half-tonne animal after he was gored to the ground.

The incident at Arcos de la Frontera, near Jerez in the Andalusian province of Cadiz, was captured on camera and various images from different angles were published on social media.

This one uploaded by Todo Radio shows the man taunting the bull after it charged round a corner in the narrow streets of the Andalusian town.

WARNING: Some readers may find this footage disturbing

Observers can be heard screaming as the man, whose name has not been released, is tossed by the bull, named Trapero, and dumped to the ground.

He was gored in the chest and again in the thigh before being pulled to the barrier and treated by medical staff. He was immediately transferred to hospital but was pronounced dead on arrival.

Another man gored in the stomach by the bull during the same bull run but the injury was not life-threatening.

The fiesta in Arcos de la Frontera is one of several celebrated on Easter Sunday and kicks off the bullfighting season in Andalusia.

Hundreds of towns across Spain celebrate fiestas that include bull-running, the most famous of which is Pamplona’s San Fermin, which takes place each July.

Dozens of runners, and the occasional spectator, are injured each year but deaths are rare.

The bulls that charge through the streets in the morning are killed that evening in bullfights. 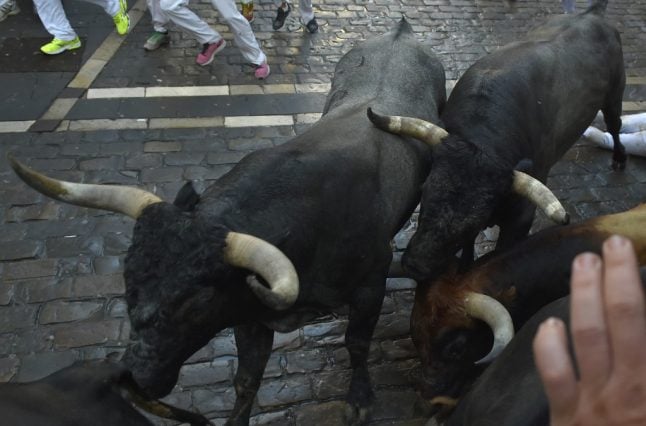 Man gored to death by bull in Spanish festival 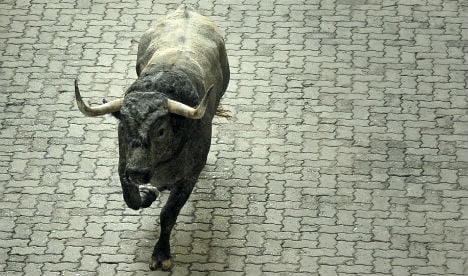 VIDEO: Matador gored in buttock during bullfight in Valencia

Bullfighting: Should you really go to the Bayonne Festival?

Man who leapt bulls gored to death in Valencia