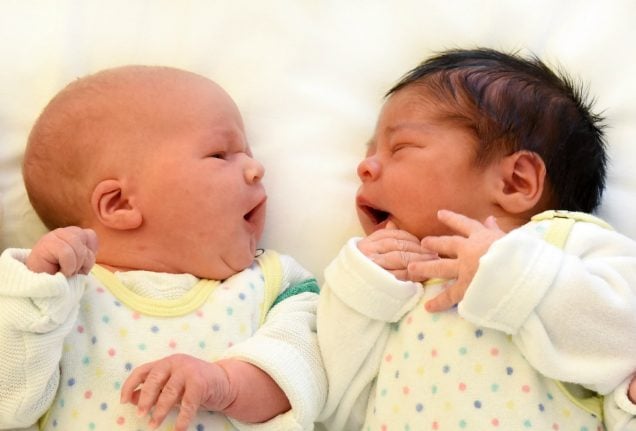 In 2016 a total of 792,131 children were born in Germany, the Federal Statistics Office confirmed on Wednesday. That number was a seven percent increase from 2015 when 737,575  newborns were registered.

While births among German mothers rose moderately, a dramatic rise in the birth rate was recorded among women who do not hold German citizenship.

At 607,500 births, some three percent more babies were born to German women in 2016 than in the previous year. Meanwhile the number of births in German hospitals to non-German mothers shot up by 25 percent to 184,660.

But the boosted birth rate still puts Germany below the European average, which stands at 1.6 children per woman. France has the highest birth rate (1.92) while Spain and Italy both prop up the table with a birth rate of 1.34.

The birth rate describes how many children a woman would have if she were to get pregnant as often as all women between the ages of 15 and 19 did in the relevant year.

Higher birth rates in Germany could be good news for the country, as Destatis' population projections see the ratio of working-age people to over-65s falling to just two to one by 2060, compared with around three to one

The Bundesbank central bank last year warned that a wave of retirement among the post-war baby boomer generation could begin sapping economic growth from the middle of next decade, as there will be fewer young workers to replace them.

But higher birth rates among migrant women could amplify the political aftershocks of the asylum seeker influx, which propelled anti-Islam party Alternative for Germany (AfD) into parliament for the first time at last September's elections.

With AFP
SEE ALSO: Everything you need to know about having a baby in Germany
Url copied to clipboard!