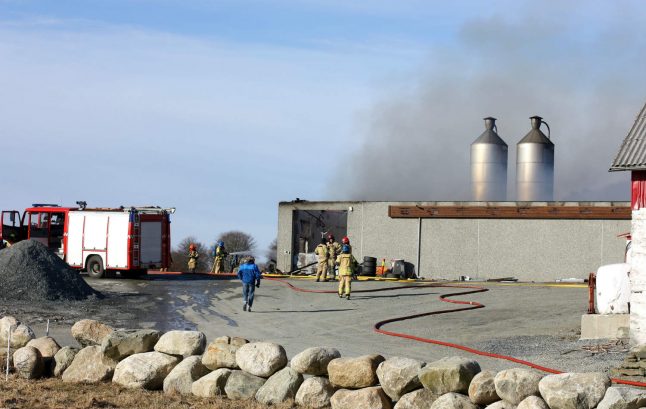 The cause of the fire is currently unknown, writes local media Rogalands Avis (RA).

Fire services in the area received reports of the fire at around 9am on Wednesday, according to the report.

The building was quickly engulfed by the fire and burned to the ground, said operation leader Victor Jensen of the Southwest Police District. None of the chickens in the building were saved, news agency NTB reports.

It is not possible at this stage to state the cause of the fire, the officer added. The area will be sealed once emergency services have left in order for forensic investigation to be carried out.

“We expect that to happen over the next few days,” he said.

“We… do not know the material the building was made from, but it seemed as though it burned quickly. It did not take long before we were informed that the building had burned down,” he added.

The building is reported to cover an area between 400 and 500 square metres.

No persons were injured as a result of the blaze, neither were evacuations necessary, Jensen told NRK.