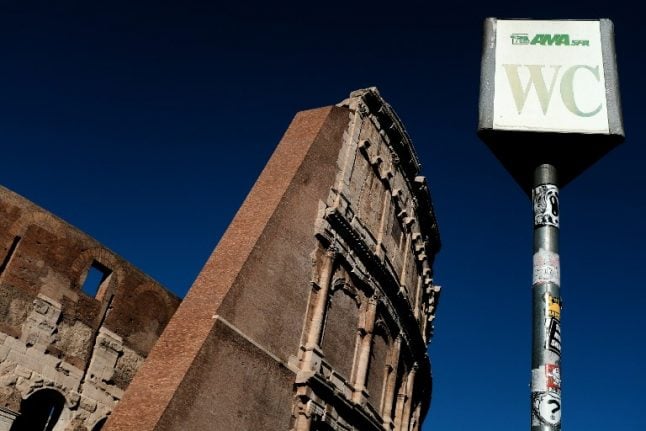 Days to go until Italy votes: 4

The election is coming at us faster than a speeding Vespa.

Read Tuesday's daily politics recap here to find out the team the Five Star Movement has put together, and a not-so-subtle hint from Berlusconi about his PM candidate.

According to the Five Star Movement's leader, Luigi Di Maio, the group is within touching distance of an outright majority. With a pre-election ban on polling, how can he tell? Because other parties are attacking them (keep reading for one of the most memorable slurs to date).

The final polls put the M5S ahead of any other single party, but still short of the magic 40 percent they'd need to govern. But once the movement unveils the complete cabinet it wants to install, Di Maio said today, “we'll be close to reaching an absolute majority”. The only thing that might still stop them, he added, is the centre-right; as far as he's concerned, the centre-left is “out of the fight”.

Even if the M5S falls short of a majority, it can still scupper other parties' chances of forming a government. With the movement predicted to be the single most voted-for party, it's unlikely that either of Italy's two traditional political blocs will be able to cobble together a majority.

How did all this happen, and what does it mean for Italy and for Europe? Read a politics professor's analysis here.

Italy's parties have made big promises to voters, from free TV for over-75s to tax breaks for pet owners.

It begs the question, how much would these cost to implement, and what would the impact be on Italy's rather sizeable public debt? Find out here.

Italy's Health Minister says parents who refuse to vaccinate their children for “ideological” reasons will face punishment, and she doesn't mean a nasty bout of measles.

So-called anti-vaxxers who haven't made arrangements to get their children ten mandatory shots by March 10th will be sanctioned, says Beatrice Lorenzin, the architect of Italy's obligatory vaccine law.

Vaccinations have become a hotly politicized issue since that law came into effect, with both the M5S and the League promising to roll it back – despite public health advice to the contrary, and a worrying rise in cases of preventable diseases.

It's nine years since a deadly earthquake hit the central Italian town of L'Aquila, and life still hasn't returned to normal. Reconstruction is still ongoing and thousands have either left the town or are still living in temporary homes.

But many credit Silvio Berlusconi with the fact they have a roof over their heads at all. See what the town's residents and mayor had to say here.

No, we're not encouraging abstention. Italian ballot papers have undergone a makeover this year, partly due to changes in the way the country votes and partly as an effort to fight fraud. The new forms now have a unique counterfoil that has to be torn off inside the polling station. On Sunday voters should no longer drop their completed paper directly into the urn, but instead hand it to an official who'll remove the stub, check that the ID number marked on it corresponds to the records, then pop the ballot into the box on their behalf. Simple.

IN DEPTH: Is the League a 'far-right' party?

You'll often hear the Northern League – or as it recently rechristened itself, the League – described in the English-language media as a far-right party, including by this website. Yet within Italy, the label “estrema destra” (extreme right) is typically reserved for outright neofascists.

Why don't Italians think a party that suggest pulling out of the the euro, promises to deport hundreds of thousands of migrants and says Islam is “incompatible” with Italian values is far right? To answer that, you have to look at its history, its evolution and the changing spectrum of Italian politics. Find the explanation here.

VIDEO OF THE DAY: A crappy campaign clip

In case it wasn't clear enough already, Italian elections are not like other elections. Unless you can name another country where a candidate might shoot a video of himself on the toilet, comparing his rival to a cure for constipation.

Well, it happens in Italy. To wit: the centre-right candidate challenging the head of the Five Star Movement for his seat in Acerra, Campania, recently released this charming clip on his official YouTube channel.

Vittorio Sgarbi, an art critic and author turned occasionally off-colour politician, brandishes a photo of the M5S's Luigi Di Maio on his phone, proclaiming: “To shit, don't use [laxative] Guttalax, use Di Maio – the laxative that won't let you down, the laxative that will help you. Want a great shit? Use Di Maio.”