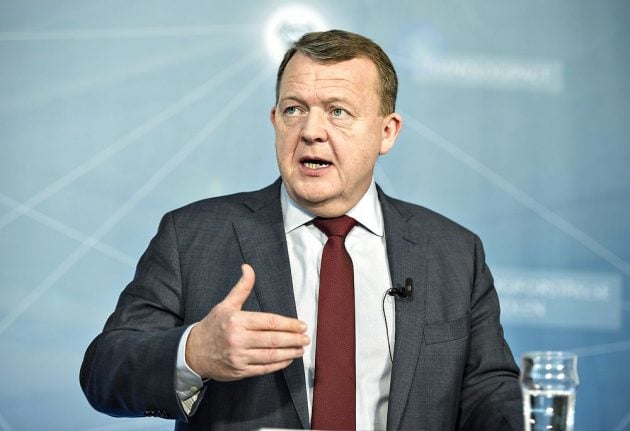 The tweet, which was addressed to US President Donald Trump and contained a series of English spelling and grammar errors, has been called 'untimely' and 'embarrassing' by political commentators.

In the message, Rasmussen urged Trump to listen to calls for action over school shootings in the United States.

Do not intend to interfere, but allow me to give a danish perspective: @realDonaldTrump, please, respond to the request of your youngsters who demands gun control. Don’t accept the world record in school shootings. Make America great and safe again! #FloridaSchoolShooting #dkpol

“I completely get that it was very unusual, but I think it was the father in me [that prompted the tweet, ed.]. I have three children, two of them have been in the USA, at high school and university respectively. I think I was affected by that,” he told newspaper Berlingske.

The message from the Danish PM came as the US president listened to pleas for gun reform on Wednesday in a White House meeting with about 40 students, teachers and family members of victims, including from the Marjory Stoneman Douglas High School in Parkland, Florida, where 17 people were killed on February 14th.

Digital political communication expert Benjamin Rud Elberth told news agency Ritzau on Thursday that Rasmussen's linguistic errors placed his tweet in the same category as many of the social media messages Trump himself receives so much criticism for.

“It's completely normal to use Twitter for diplomacy and to state one's position.

“But Løkke's tweet is a bit embarrassing, because there are spelling mistakes and verb agreement errors,” Elberth said.

“It seems as though Løkke is 'doing a Trump' – coming out impulsively with something that seems ill-considered and has spelling mistakes. That adds up to make the tweet seem comical,” he added.

Rasmussen admitted that he had chosen an 'untraditional' way for a prime minister to express his or her thoughts.

“And you can always discuss the political wisdom of it, but in the end, I'm sure Donald Trump can handle it. So it was really just a feeling I had,” he told Berlingske.

“This does not mean I'm setting a new standard for diplomacy, or that I'm going to hit a level of Twitter activity that matches that of the American president. It just reflects that I honestly felt moved,” he added.

Asked by the newspaper whether Trump had responded to his appeal, Rasmussen replied in the negative.