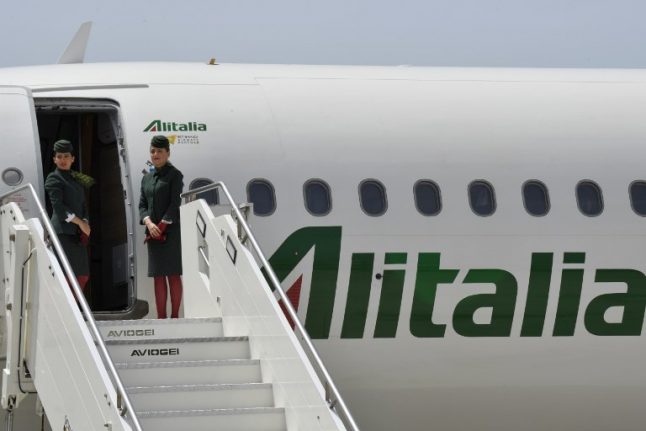 Days to go until Italy votes: 10

Things are getting real. We're almost into single figures.

You can read Wednesday's daily politics recap here and catch up on all our election coverage so far here.

Italy's organized crime groups continue to wield significant influence, and Italy's Interior Minister warned on Wednesday that there was a “concrete risk” of mafia interference in the election.

Minniti said there had been “too much silence” on the issue in the campaign so far. Read more here.

That's the verdict of human rights group Amnesty International, which warned today that Italy's election campaign had unleashed a torrent of hate speech.

The rights group is monitoring candidates' statements on social media and has flagged more than 200 discriminatory comments in the past two weeks alone, virtually all of them from members of the centre-right alliance. The tone speaks to a country “steeped in hostility, racism, xenophobia and unjustified fear of others”, Amnesty said.

In response, Matteo Salvini of the League – the party responsible for at least half of the comments identified – says he wants to meet directors of Amnesty and prove he's not all bad. Read more here.

The European Commission has to prepare itself for every outcome, EC president Jean-Claude Juncker said today, including the possibility that Italy will end up without a government after the March 4th vote.

“A strong market reaction in the second half of March is possible,” Juncker says, if indeed Italy finds itself with “a non-operational government”. It's the worst case scenario, he added, but it's one that all the polls have indicated is more than possible.

Free flights to Italy: sounds like a campaign promise we can all get behind. And that's exactly what one party, on the ballot papers for Italians living in the USA, has pledged – at least for Italian citizens abroad, as well as their children, so that they can gain citizenship too.

New York-based journalist Alberto Riva posted the below image of his ballot.

Got my absentee ballot in the mail for the upcoming Italian election. There's a party running on one issue: FREE FLIGHTS TO ITALY.
No, I am not kidding. pic.twitter.com/yiuwWIT6ia

In an interview with La Voce di New York, Giuseppe Macario, who founded Free Flights to Italy, said it was an NGO rather than a political party, and said the goal was for Italy to “welcome Italians, including foreigners, instead of driving them away”.

But some of Italy's major news organizations have raised questions about Macario and the party, and how they ended up on the list. Very little information is available about either online, and Rolling Stone Italia found several of Macario's claims to be false or unverifiable.

The Five Star Movement has a government line-up. They just can't tell us about it yet.

The M5S says it has finished allocating “practically all” its cabinet posts, in the event that it should win a majority on March 4th. It plans to announce them gradually over the coming days. Teaser: several key posts are said to go to women.

Matteo Salvini is fond of saying “Italians First“. Which is what makes it all the more amusing that the people featured front and centre in some of his campaign posters are… Slovakians.

For the posters advertizing a rally in Milan, the League picked some stock shots of pale-skinned, blond-haired, blue-eyed families enjoying some of the city's sights. The only problem was, as a blogger revealed this week, those people aren't Italian. Not even a little bit. The photos are from a set by a Slovakian photographer titled “Holidays in Italy”.

As the blogger who discovered the mix-up said: “Salvini wanted to divide Italy with secession, but he ended up reuniting Czechoslovakia”.

IN DEPTH: What the Five Star Movement's local success says about their shot at national power

The Five Star Movement has its eyes on national power, but the biggest realms it has ever governed are cities. Its greatest election triumphs to date were getting its candidates voted mayors, most prominently in Rome and Turin but in dozens of smaller towns across Italy too.

One of those mayors, Michel Barbet of Guidonia outside Rome, is blunt about what got him into city hall: “We were elected, almost by default, because of the widespread disillusion. I wouldn't be here if the city had been well run.”

Now he's running for re-election, no longer an outsider but an incumbent. It's the same challenge the M5S is facing all over the country: how do you continue to fight the power when the power is you?

Find out how it's playing out in one small town here.

METAPHOR OF THE DAY: Italy's election is just like a horse race

Now we're in the final fortnight of the campaign, opinion polls are officially banned (here are the final figures as of last Friday).

But one election-watching website has found a cunning way round the blackout. In a ruse sure to delight numbers guys and betting enthusiasts alike, RightNation.it has been posting daily updates about a mysterious horse race with runners that include “Burlesque”, “Mathieu de le Sauvegarder” and “Louis le Subjonctif”.

If the names don't ring any bells, the numbers surely will: the “horses'” “times” correspond closely with what we know about the various parties' share of the vote. Still curiouser, it's the only race in the world where the biggest time on the board gets you first place.