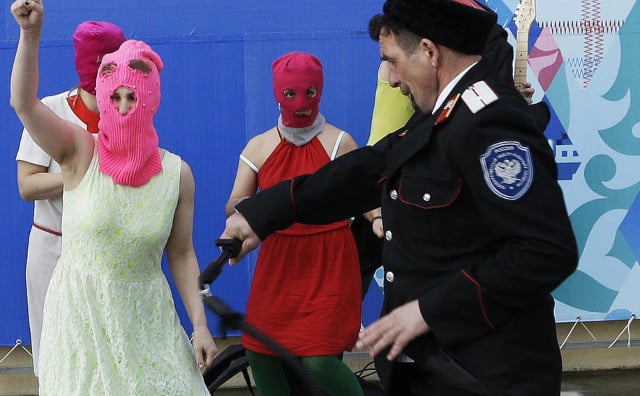 Lusine Djanyan and Aleksey Knedlyakovsky now live in a home for asylum seekers in Lindesberg along with their son while awaiting a decision on their asylum request.

The couple have been in Sweden for 10 months and are hoping to get a decision from the Swedish Migration Agency soon, saying they have been persecuted back in their home country.

Pussy Riot gained global attention in 2012 after members were arrested and jailed for hooliganism over a performance in a church mocking Vladimir Putin.

Swedish furniture giant Ikea even made an apparent reference to them in an ad campaign that year – though later removed it from their Russian website.