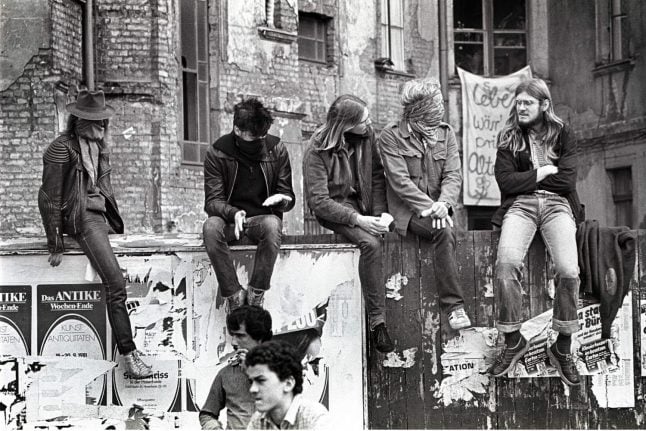 
It is now common to look back on West Berlin in the last years of the Cold War as a place of complete freedom. But finding a room to rent was just one of the problems you faced in the island-city, writes Paul Hockenos.

Perhaps I’m nominally responsible for a fleck of the rampant West Berlin nostalgia, as I too in writings paint the bygone Cold War city as a sizzling hotbed of radical politics and off-beat creative fervour.

And, to be sure, it was both. Moreover, West Berlin, stranded deep into the East bloc, was subsidized to the hilt, which made living on the cheap a cinch and proffered oodles of free time to the inspired and indolent alike – once you learned the ropes.

Yet I’m borderline incredulous when I hear newcomers sing the praises of the good old days when living was easy – back when the anti-fascist bulwark divided Europe and West Berlin was ultra-cool in its protective little bubble.

In point of fact, West Berlin wasn’t the super comfy, worry-free playground for adults with drugs on tap that select legend has it. And I have to wonder how many of today’s adventure-seeking hipsters would have held up under its severe conditions.

Many people, including myself, didn’t survive the deeply grey winters and front-line claustrophobia without scars to show for it. One young woman I knew said that in the evening she’d open the door to her cold, dark, empty Schöneberg courtyard apartment and burst into tears.

A friend of mine, Thomas, a 1968-era anarchist, fled to Munich where the sun shines much of the year and the Alps are a stone’s throw away. An acquaintance told me that the prospect of the rump half-city being flattened by Soviet tanks or cut off again like in 1948-49 so terrified her that at all times she kept a roll of bills, enough for a taxi and plane ticket, in her top dresser drawer.

For one thing, housing was scarce and bare bones, the search for a room – not an apartment, just a single room or temporary sublet – way tougher than today. Everybody I knew lived in a shared flat, called a Wohngemeinschaft or WG, which packed in the bodies – as many as seven at a time when they would fit. 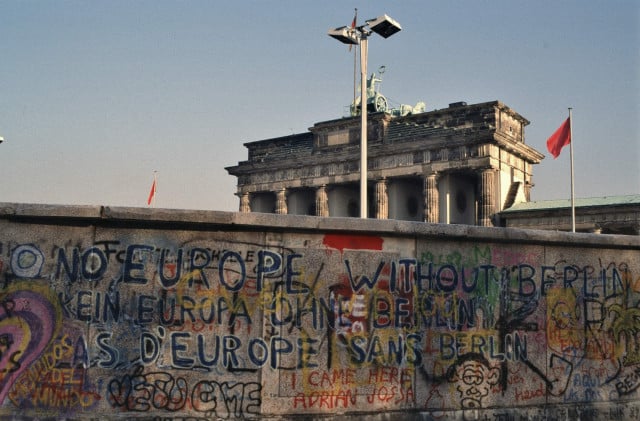 A view of the Brandenburg Gate in 1988. Photo: Wikimedia Commons/Aad van der Drift

Many apartments were heated with coal burned in free standing ceramic ovens. The dirty, dusty briquettes were stored in heaps in the cellar. Firing up the oven was a laborious chore, and no matter how diligently you fed it, most coal ovens didn’t heat the whole apartment in the dead of winter (which in 1985-86, my first year in West Berlin, spelled sub-zero temperatures for months on end.)

The bars and cafes were so crowded, in part, because they were warm.

Getting digs of any kind was an ordeal, even when you were prepared to endure stairwell toilets shared with the neighbours or hole-in-the-wall walk-ups with no bath or shower. So tight was housing, people would line up from 5am on Wednesday and Sunday mornings at the Berliner Morgenpost, a daily newspaper that boasted the most comprehensive rental listings twice a week. A co-conspirator would hold a place in a nearby phone booth. One would then sprint to that person with the new edition when it appeared fresh off the press at 6am. The race was then on to see who could get in the first calls.

Since wages were relatively high compared to accommodation – once you had a room, it was usually cheap – one could work for a few weeks and then coast for a month or more. Part-time work was plentiful, the city being severely depopulated and thus short on labour power, even though it was largely deindustrialized, too.

The easiest place to land part-time work was at the university’s work employment office, called Heinzelmännchen, or Elfin Helpers. There you’d show up at 7:00, pick a number and wait (unless you couldn’t deal with cigarette smoke, then you’d wait in the hall). When your number came up, you’d be assigned a job, which for me ranged from stocking drugstore shelves, raking leaves, and delivering mail to cutting firewood, delivering bottled beverages, and building bleachers.

For more than a month I ran a wheelbarrow on a construction site in Zehlendorf. I relished traversing the city and labouring alongside gastarbeiter and salty Berliners. But those were long hard days that began pitch black in the morning and concluded long after dusk.

The drill was to make your dosh last as long as possible, which meant that gastronomy was no frills. The Free University’s sprawling cafeteria, called the Mensa, offered subsidized hot meals for an unbeatable price.

At home I remember nothing but pasta and red sauce, and even West Berlin’s supermarkets stocked only the basics. The cheapest meal out was Athena Grill on the Ku'damm, where six deutsch marks got you a heaping mixed Greek plate. Even if you had money, there were no bagel shops, internet cafes, designer coffee outlets, US-style delis, burger joints, or veggie restos.

“The scene,” as it was called, was the universe of clubs and cafes, alternative businesses, the former squats, produce co-ops, and patches of park that belonged to the cooler-than-thou New Wave and post-punkers of the in-crowd.

If you lived in Kreuzberg or Schöneberg – the preferred neighbourhoods – you could navigate your way through West Berlin’s scene for weeks at a time, coming just sporadically into contract with “normal people” (basically those with real jobs or families or new clothes or wrist watches, etc.)

Yet, in stark contrast to the post-Wall years of anarchy in eastern Berlin, where everybody was welcome, the subcultural niches in West Berlin were deep and narrow. Outsiders weren’t coddled, they were barked at. You might get past the doorway of trendy bars such as Risiko or Kumpelnest, but you’d have to sport just the right coiffeur to get a drink.

The house squatters were a breed unto themselves, who would bite your head off for daring to glance at their buildings, which were adorned with banners, flags and graffiti, presumably to be read. The scene’s ill-humour fused perfectly with native Berliners’ raw Berliner Schnauze, or Berliner insolence, ensuring that you’d likely get snapped at on all but lucky days.

As the eighties drew to a close, a dark, misanthropic, end-of-the-world mindset took hold, best captured by some of the Einstürzende Neubauten songs. If we had had the wide-angle vision to recognize it, we would have noticed that a vigorous reformer by the name of Mikhail Gorbachev had come to power in the Soviet Union, and that changes were afoot across Eastern Europe – even right next door in Poland, closer to Berlin than mainland West Germany. But nobody really cared about Eastern Europe.

By then, the creative buzz of the Brilliant Dilettantes (Geniale Dilletanten), West Berlin’s homegrown artistes, had all but petered out. Gloom was omnipresent, the politics outdated, and even West Berlin hardcores were contemplating quitting town.

When the Wall came tumbling down on November 9th, 1989, no one was less prepared for it than the West Berliners. The scene’s denizens winced, comprehending at once that their beloved, protected West Berlin would soon vanish. They didn’t initially see the Wall’s fall as a once-in-a-lifetime opportunity to remake Berlin – and indeed all of Europe.

It took the East Berliners and uninvited guests from around the world to begin reinventing Berlin in the ruins of the East German capital. They set up camp in bombed-out wrecks of buildings with neither plumbing nor heating. That was the price of doing their own thing. But that’s another story.

Paul Hockenos is a Berlin-based writer. His most recent book is Berlin Calling: A Story of Anarchy, Music, the Wall and the Birth of the New Berlin. 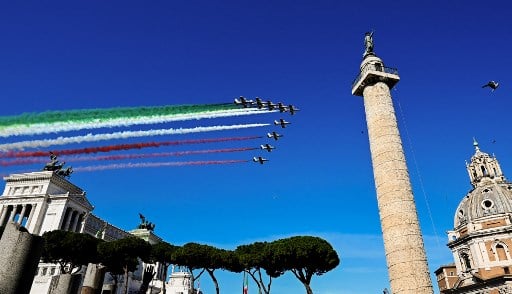 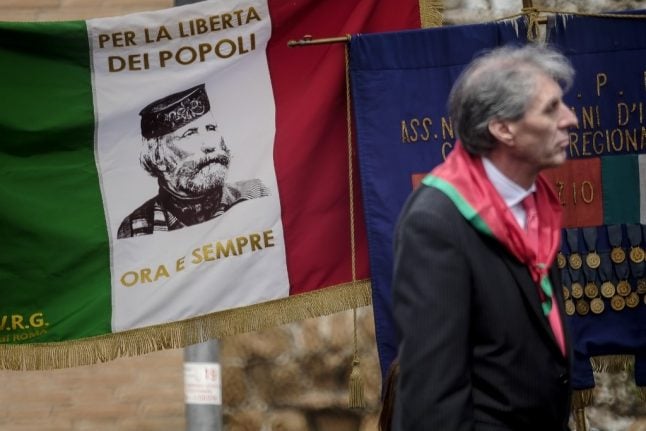 Why does Italy celebrate Liberation Day on April 25th? 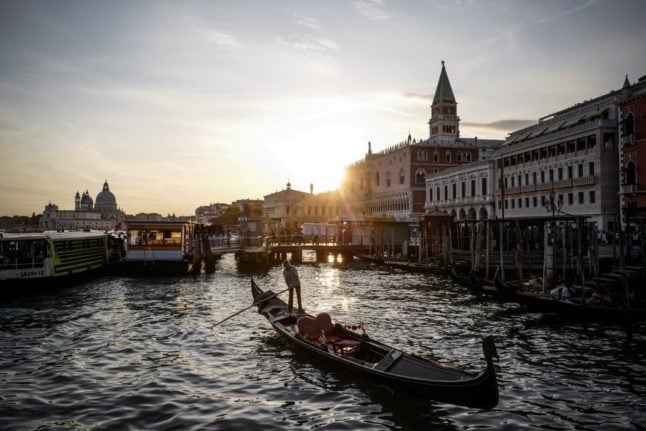 Italian lawyers seek justice for Dante – 700 years after his death

40 years on, why the Irpinia earthquake is remembered as Italy’s ‘worst catastrophe’