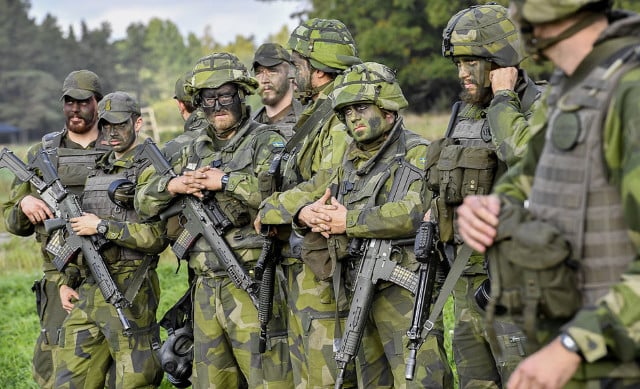 According to public broadcaster Sveriges Radio, 2,230 people signed up last year but 3,500 were needed.

“It's of course serious that we didn’t succeed in filling the training places we need to fill, and in turn, fill troop numbers to the extent we require,” Swedish Armed Forces head of recruitment Anders Åkermark told the broadcaster.

The Swedish Armed Forces have been struggling to attract new recruits in recent years, despite recruitment drives including TV ads and billboards. Åkermark thinks competition is part of the problem:

“There's a boom in society right now, and we're competing for these people with a lot of other fields, colleges and so on”.

READ ALSO: Why Sweden is bringing back the draft

As not enough new recruits have signed up voluntarily, training positions will now be filled through conscription, which was recently brought back in response to persistently dwindling numbers.