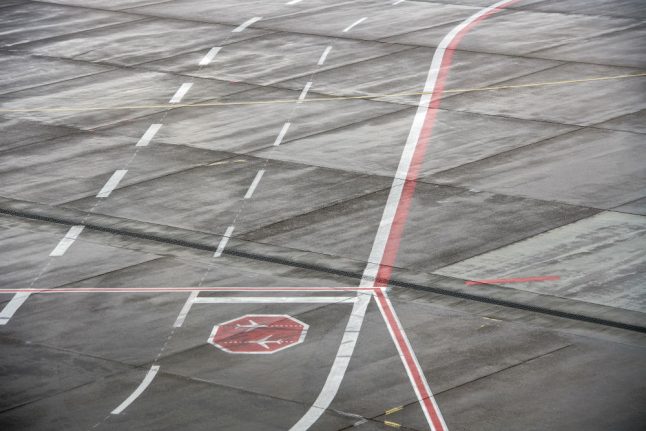 A pilot had noticed the hole at about 10am on Tuesday morning. Planes could not land at the airport until around 1.00pm due to immediate repair work on the pothole.

“We regret the inconvenience to customers and passengers and ask for your understanding,” the airport said in a statement.

Two aircraft meant to arrive at the airport were cancelled, ten incoming flights had to be diverted to the airports in Düsseldorf and Dortmund, and only a few departures were possible, according to the airport.

Another one of the airport’s runways is currently under construction, meaning that only one main take-off and landing runway is currently in use.