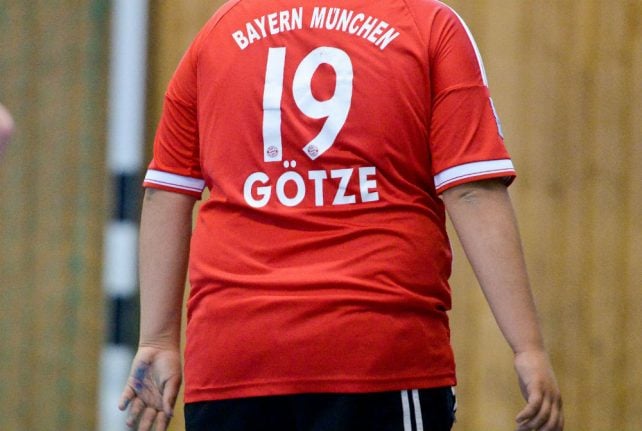 In Germany, obesity among children and adolescents has reached alarming proportions, according to an expert from the World Health Organization (WHO). The UN agency said the problem must be tackled more rigorously and, above all, advertising for sweets, junk food or beer must have more constraints.

“It is not enough to rely on voluntary self-regulation by the producers of junk food in advertising,” nutritionist Juana Willumsen, WHO expert on childhood obesity told the German Press Agency (DPA).

“Advertising must be clearly regulated, compliance must be monitored and there must be penalties for non-compliance.”

Willumsen added that beer was a major culprit in obesity, yet beer advertisements are not prohibited in Germany. This may well contribute to the increasing weight of many adults and young people, she argues.

“Young people are very susceptible to advertising up to the age of 16,” said Willumsen.

WHO recommends more school sports, as well as urban and transport planning that encourages running, cycling and sports activities. According to statistics, schoolchildren in Germany ate less fruit and vegetables in 2014 than in 2002. Moreover, after the consumption of soft drinks had fallen between 2002 and 2006, it started to rise again.

Additional statistics from the NCD-RisC network of scientists used by the WHO found that 6.9 percent of girls and 11.2 percent of boys between the ages of 5 and 19 were obese in Germany in 2016.

In 1980, the figure was only four percent for boys and 8.1 percent in 2000. The weight from which a child is considered to be obese is calculated uniformly throughout the world, taking age and size into account. In 2016,11.3 percent of young people in Austria fell into the category, and seven percent in Switzerland.

“As far as we know this is the first confirmed case in the world of bird flu in a porpoise,” veterinarian Elina Thorsson said in a statement. “It is likely that the porpoise somehow came into contact with infected birds,” she said.

The young male was found stranded, alive, on a beach in western Sweden in late June. Despite efforts from the public to get it to swim out to deeper
waters, it was suffering from exhaustion and died the same evening.

The bird flu virus, H5N1, was found in several of its organs. “Contrary to seals, where illnesses caused by a flu virus have been detected multiple times, there have been only a handful of reports of flu virus in cetaceans”, Thorsson said.

The virus has also previously been detected in other mammals, including red foxes, otters, lynx and skunks, the institute said.

Europe and North America are currently seeing a vast outbreak of bird flu among wild birds.