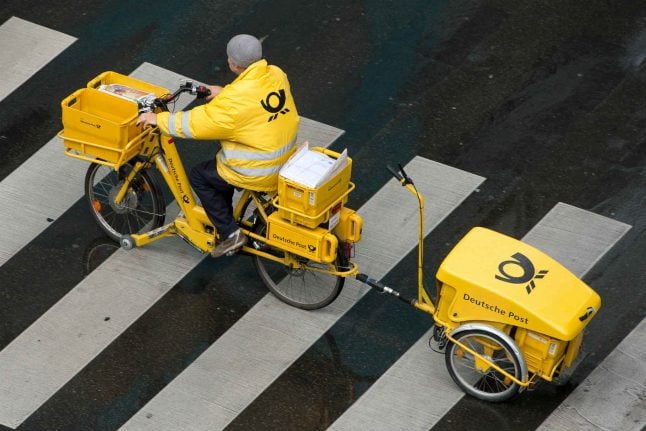 Still haven’t sent your Christmas post? No need to panic. Deutsche Post has made a promise: anyone who sends a card before December 21st will still be able to wish their loved-ones a “Happy Holidays”, guaranteed.

In Denmark, however, the holiday well-wishers will have to settle for writing “Happy New Years” in their cards: it is already too late for Christmas wishes. Danes have long had to deal with a reality that is currently being tested in Germany: the postman not coming every day.

In Germany, the post is required to arrive every day of the working week. But in the last few months Deutsche Post has examined whether this practice is still necessary. Selected customers were given the chance to decide if they wanted to receive their mail only half as often in the year, or three work-days per week.

In Denmark, it is not unusual to wait a week for a letter. Mail can take up to five days to arrive there – unless you pay extra for the “quickbrev” – an express letter that isn't thrown into the red mailbox with the regular post. Even these quicker letters do not always arrive the next day though, and Saturdays are considered a holiday for the mail carriers.

For Germany’s northern neighbours, standard letters are delivered about two times per week. The postie selects a certain area every day to which they will deliver, explained a Post Danmark spokesperson. On Mondays mail is delivered to one area of town, on Tuesday to another, on Thursday again to the same neighbourhood as Monday, and on Friday again to same the neighbourhood as Tuesday. The eventual goal in Germany is for each mailbox to receive mail once a week.

The Danish mail service is reacting to a sharp decline in the overall number of letters being sent, which has led to enormous financial problems over the last few years. Today, nearly 80 percent fewer letters are sent than at the turn of the millennium. In the first nine months of 2017 alone, the volume of letters sent fell by 20 percent. Last year, Post Danmark announced a hefty loss of around €140 million before taxes.

In Germany too, the business has been shrinking ever since emails, Whatsapp and Facebook have become more important. However, private customers are far from being as important to Deutsche Post as business customers, who contribute around 85 percent of Germany’s mail volume.

In this way the Danish postal service is very different, since almost all of the official and business mail runs paperless. Every Dane has an electronic mailbox where they can do pretty much anything from the comfort of their couch: apply for a new passport, change a doctor, submit a tax return. This makes traditional mail largely superfluous.

With the new savings programme that Post Danmark has put in place, up to 4,000 jobs will disappear in the next two to three years out of 9,000 jobs that currently exist there.

The future in Denmark lies in packages – because online trade is growing in Denmark just like it has in Germany.

If this continues, says Jensen, packages could be delivered not just on Saturdays, but even on Sundays. In this case, holiday postcards may not arrive on time – but the Christmas gifts could already be there.