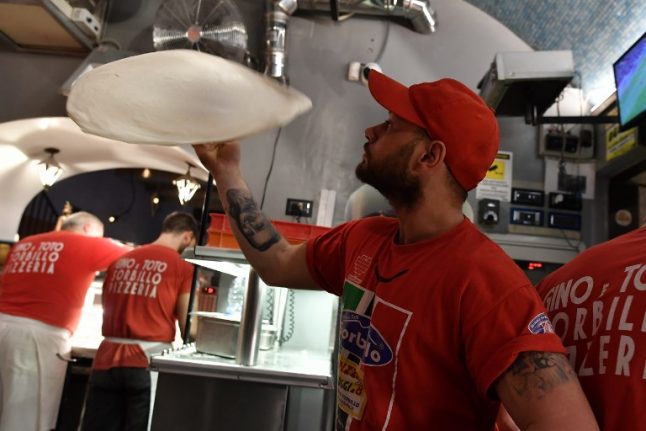 The art of “pizzaiuolo” – which has been handed down for generations in the southern Italian city – was given the nod by the UN cultural body's World Heritage Committee, who met on the South Korean island of Jeju.

It comes after some two million people joined a petition to support Naples' application, according to Sergio Miccu, head of the Association of Neapolitan Pizzaiuoli – no doubt buoyed by his offer of complimentary pizza if the age-old culinary tradition joined the prestigious list.

“We'll be giving out free pizza in the streets,” Miccu earlier told AFP.

The custom goes far beyond the pizzaiuolo's spectacular handling of the dough – hurling it into the air in order to “oxygenate” it – to include songs and stories that have turned pizza-making into a time-honoured social ritual.

“Victory!” Maurizio Martina, Italy's minister for agriculture, food and forestry, wrote on Twitter. “Another step towards the protection of Italy's food and wine heritage.”

Alfonso Pecoraro Scanio, a former agriculture minister who attended the proceedings in Jeju, said in a video posted on Twitter: “Long live the art of Neapolitan pizzaiuolo!”

Thirty-four candidates were seeking to join the list of intangible heritage, created in 2003 mainly to raise awareness, although Unesco also sometimes offers financial or technical support to countries struggling to protect their traditions.

The list already included more than 350 traditions, art forms and practices from Spain's flamenco dancing to Indonesian batik fabrics, to more obscure entries such as a Turkish oil wrestling festival and the Mongolian coaxing ritual for camels.