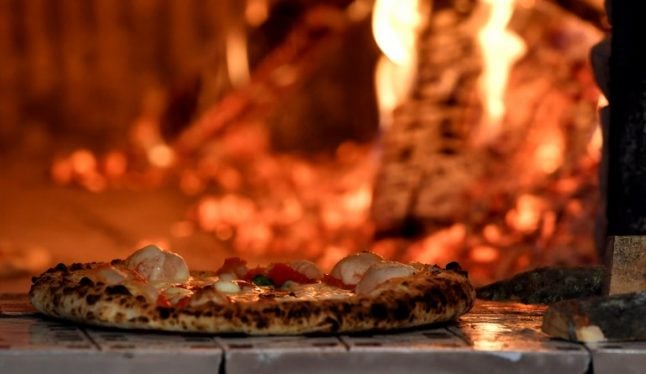 “After 250 years waiting, the pizza is a Unesco heritage! Congratulations Naples!” cried pizza maker Enzo Coccia, as crowds in the street outside the Sorbillo pizzeria erupted into cheers.

Dozens more chefs were expected to hand out free pizza to locals and tourists in the southern city after the decision, which paid homage to pizza's key social as well as cultural role.

“Down the centuries, the Neapolitan art of pizza making has been based on a few key elements: water, flour, salt and yeast – and the excellent produce from the Campania countryside,” Coccia said.

“But it is also the hands, heart and soul of the pizzaiolo which allow us to make magic,” he added, describing the stretching and turning of the dough as “a love and passion that we transmit to others”.

The pizza's humble ancestor, a plain affair usually tarted up with a bit of lard, was born less as an act of love than as a cheap, easy and fast way to feed the city's army of poor in the 18th century.

“In around 1750 the first pizza appeared in the taverns, after which people began to specialise as 'pizzaioli' [pizza chefs],” said historian Antonio Mattozzi.

“By the end of the 18th century, the first pizzerias were born”.

But despite being an immediate hit with the locals, pizza failed to take off outside the city at first, he told AFP.

READ ALSO: This map shows where to find the very best pizza in Italy

It took Queen Margherita's love of the classic tomato, mozzarella and basil version to fire up the imagination and taste buds of diners far and wide – at least, that is how the story goes.

Hoping to win the hearts of the commoners, the queen asked in 1889 to try their favourite dish. And while she was unconvinced by anchovy and Parmesan-topped versions, the basil delight won her over.

Legend has it the winning combination was put together by pizza maker Raffaele Esposito, who baked it in the royal pizza oven in the grounds of the stunning hill-top Capodimonte Palace. The Margherita offered to the queen was recreated on Tuesday in the 300-year old oven by pizzaioli who hold no truck with modern toppings like pineapple and are on a mission to defend the real thing.

“We are honoured to pass on secrets and tips,” Gino Sorbillo told AFP.

“Each one of us might have a small detail that makes a difference, but we share them so that across the world those who want to make good Neapolitan pizza can do so”.

He said there were “youngsters from every culture who get in touch with us asking to learn, even sending us photographs of their pizza attempts online saying 'what did I do wrong?'”

But fellow pizza maker Antonio Starita was not convinced that tips were enough, insisting that “to learn the art, you need to do long apprenticeships in pizzerias”.

Culture Minister Dario Franceschini, digging into a hot slice straight off the royal peel, said that while “pizza has become a universal patrimony, many around the world don't even know it is Italian”.

“This Unesco decision will establish the truth once and for all: that pizza is a global food – but it was born in Naples, and in this very oven”.