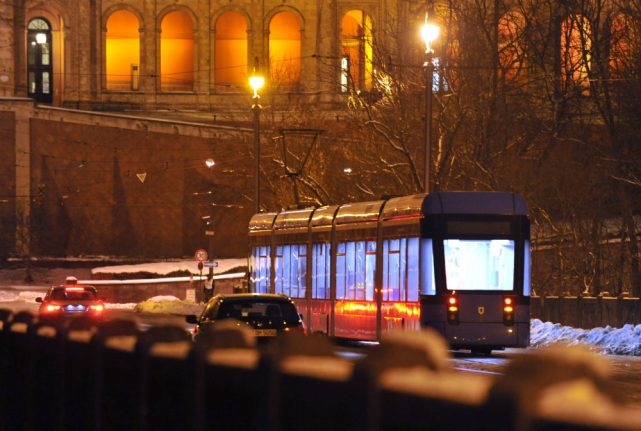 A tram in Munich. Photo: DPA.

According to the police, the man had been walking across the street at about 6:45am and had overlooked the moving vehicle. Upon impact with the tram, he was thrown onto the roadway and remained motionless for some time before he was found by a passersby and rescue services took him to hospital.

Despite the bang from the collision in which the tram’s windshield was damaged, the tram driver apparently had no idea she had hit someone. After asking the passengers whether they had noticed anything, she told control centre that a stone or a bottle must have hit the tram.

Approximately 45 minutes later, when the tram driver came back to the scene of the accident after letting all the passengers off and taking the damaged tram to the depot, she saw the ambulance and realized what had happened. Witnesses are asked to please call 089 6216 3322.

Meanwhile another tram accident in Munich occurred on Monday morning during rush hour when a steel girder pierced through the side of a tram window for reasons which remain unclear. No one was injured in the incident, though three passengers had been sitting in the tram at the time.