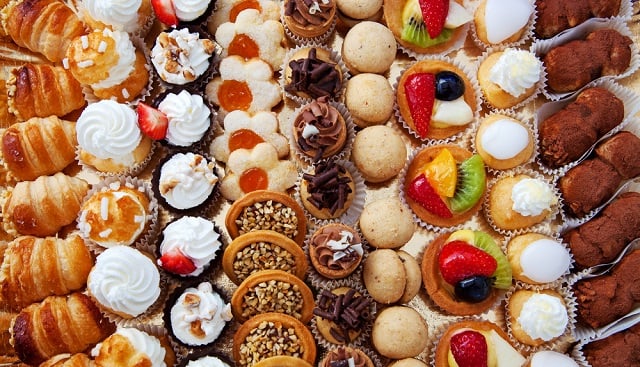 The Gambero Rosso – the equivalent of the Michelin guide or the Bible for Italian foodies – has released its annual list of the very best pastry shops up and down the country.

Announced just in time for the Christmas season, the guide could serve as inspiration for anyone seeking the perfect panettone or pandoro, or as the basis for a pastry-themed road trip next year.

In total, 560 shops were included in the guide, from all corners of the country.

Eateries were awarded points for different categories, prioritizing form and substance, and those with scores over 90 earned the 'Tre Torte' title ('three cakes', the guide's version of three Michelin stars). This year, 21 bakeries were given the honour, an increase of three compared to last year's ranking.

READ ALSO: Meet the Brit who battled for baking glory on Italian TV

Leading the pack for the second year in a row was the Pasticceria Veneto in Brescia, with 95 points. The bakery is run by Iginio Massari, who has published several books on cake-making and is one of the judges on Italian MasterChef, as well as training the Italian team for the annual 'Pastry World Cup'.

This year for the first time, the awards included a prize for the best savoury pastries which, the judges noticed, were “experiencing a moment of glory” in the culinary world. The winner of the acolade was Martesana in Milan, a local institution which was celebrated for its 'mignon salati' available in 12 varieties.

Want to be ahead of the curve in dessert trends? The Cannavacciuolo Bakery in Novara, Piedmont was crowned the best new opening of the year, with the judges saying the chef “blends the best regional traditions and an interesting creative vein”.

Here's the full list of the spots given the 'Tre Torte' award.