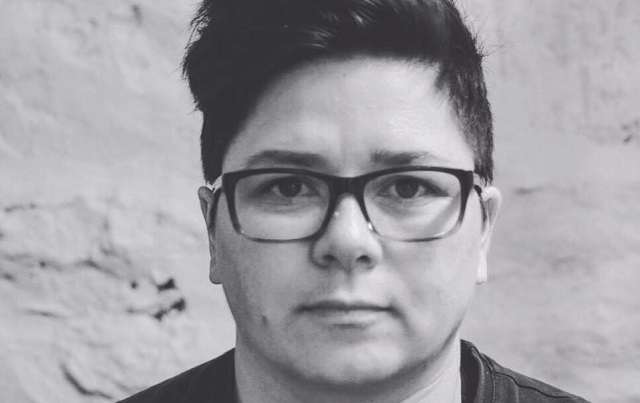 The Australian has been training in martial arts for 25 years, and her studio offers courses in self-defence, life-coaching, massage therapy, and marmori budo – a martial art she created herself based on the principles of self-defence. Its name comes from the Japanese word for a protection talisman.

While Sweden is statistically extremely safe, Hall believes that the skills learned in self-defence are valuable in many aspects of life, not just extreme circumstances. Most of the women who participate in the courses tell her it gives them a confidence which can be channelled into other areas of their life, prompting them to speak up in meetings, for example, or challenge inappropriate behaviour.

“The confidence you gain from knowing you could defend yourself can be used not just walking down the street late at night but at any time when something or someone is making you feel like you're 'less than',” Hall tells The Local. “These situations creep into your life and we often just brush them off, when actually we need to turn around and say 'that's unacceptable'.”

“Self-defence isn't just about hitting people; it's about stopping that situation in the first place, because a self-defence situation actually begins a long time before you're physically compromised. So, if you can learn to recognize that situation, you can learn to slip around it, to stand up for yourself or for someone else. You get the awareness of when these things start as well as the ability, if necessary, to end them. Epic!”

Good to Go has now been open for over four years, with courses ranging from martial arts for children to a self-defence course launched in collaboration with a Stockholm women's social group. “Empowering people is a real passion, and the joy of working for myself is that I can be really flexible and create programmes that suit all kinds of people and groups,” says Hall.

While she loves her work, following her passion hasn't been an easy ride.

The Sydney native first moved to Sweden in 2009, after meeting her Swedish wife who was travelling in Australia. After a three-week holiday to see what the Nordic country was like, Hall decided to take the leap and move to Sweden permanently. “Everything was telling me to come here and I like to trust my instincts, so I did. I'm not much of a future-planner, I like to live in the moment,” she explains. Though she had run a fitness studio back in Sydney, she decided to spend some time getting to know the Swedish language and culture before striking out on her own in a new country. At first she found it difficult to find work, eventually starting a job in the building industry – something she had never done before – which she found through a friend.

It was after her first child was born that Hall says she realized she had to “follow her mission” and get back into martial arts training. “I had given myself time to settle in, but on parental leave it really hit home that I just couldn't go back to my job,” she explains.

Setting up the business in Sweden wasn't too different from the process in Australia, according to Hall, who jokes “they just use different words here!” But she admits that Sweden's tax system is complicated, particularly for foreigners, and that it's very tough on small businesses.

“You sit down and calculate it all, and you think 'why do I even bother getting out of bed'. But the other option is to do something I don't want to do. That's how it works, so you have to make the system work for you,” she says.

Taking the risk has certainly paid off, and the studio has many long-term clients, including Stockholm's roller derby teams who have trained there almost since it first opened. Hall notes that Swedes grow up with the Scandinavian concept of 'friluftsliv' or 'outdoor life', with an emphasis on learning by playing and outdoor activities in childhood.

This continues through adulthood: Midsummer festivities, berry- and mushroom-picking, and winter sports mean Swedes stay outdoors and active whatever the weather and this mindset means they are usually prepared to put in hours of training at the studio rather than expecting a quick and easy fix.

“On TV here, people in fitness adverts are sweaty whereas when I lived in Australia they'd never show someone sweaty. Swedes know they have to work hard and they want to do that, and they don't whine so much!” says Hall.

The focus on fitness isn't the only aspect of Swedish culture that Hall has embraced. She says she is also glad to be raising her children and working in Sweden, thanks to the famous work-life balance.

“I couldn't have the same lifestyle in Australia – my wife and I would have even less time with each other. This summer, I shut my business down for almost eight weeks because nobody's here, and I opened up in autumn as usual. If I did that in Australia, I wouldn't have a business to come back to,” she explains.

Another way Sweden has changed her is that she now identifies more as a feminist, and says that the level of equality in her adopted nation has opened her eyes to instances where this is lacking back in Australia. “I never realized it, but after moving here I get treated very differently; very fairly and with a level of respect I was never given in Australia. Being in a same-sex relationship, there's a lot of stigma about that in Australia, but here there's not even a raised eyebrow.”

Despite these positives of Swedish society, Hall is open about the fact she is still adapting, and often confused by particular quirks of the Swedes, not least during the cold winters, during which she says many locals tend to become more insular. However, her work and expat friends allow her to stay social, and she has developed ways of coping: “I take my vitamin D and I try to plan fun things and stay optimistic. I actually really enjoy cold weather and snow so I get very excited at this time of year, and if no one wants to join me, that's their problem, not mine!”

And she adds that “even on tough days, I feel that my life here is far better than it ever would have been otherwise”.