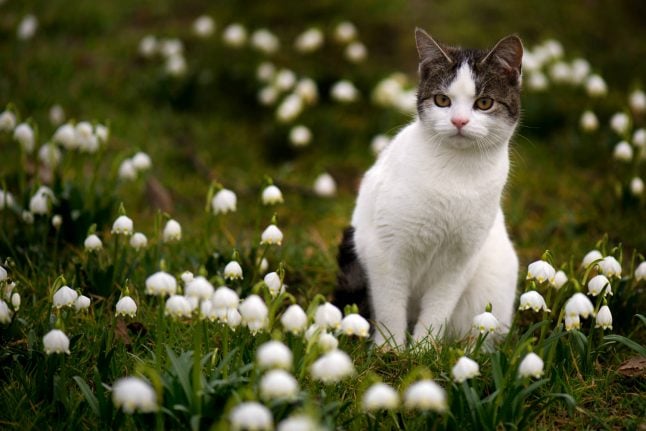 Not the cat in question. File photo: Arno Burgi/TT

The man, who has hijacking-related criminal convictions in his home country dating back several years, was stopped at Lernacken on the Swedish side of the Öresund bridge connecting Sweden and Denmark, reports newspaper Sydsvenskan.

Currently detained in Malmö on charges of breaking Sweden’s foreign citizens laws (utlänningslagen), the man wanted to enter Sweden to retrieve his pet feline, which is being accommodated at a cat hotel in the town of Borås, according to the report.

The pet found itself stranded in Sweden three years ago when its Russian owner was arrested in connection with a bomb threat he made against a flight from St. Petersburg to Helsinki.

The bomb threat resulted in the diversion of the flight to Stockholm.

Despite being given a life-long ban from Sweden, the 52-year-old Russian reportedly decided to retrieve his four-legged friend, leading to his being detained by Swedish authorities on October 12th.

The man’s lawyer has now become involved in the cat question.

“This is about a shy cat that is scared of strange people, so we must find a solution to this,” Richard Schönmeyr told Sydsvenskan.

READ ALSO: Swedish cat found in UK after missing for more than a year