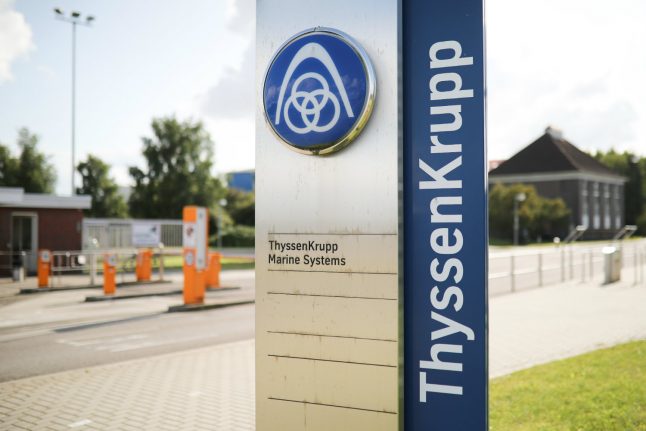 In July, Germany had put off the signing of a memorandum of understanding following the arrest of several Israelis on suspicion of offences including bribery and money laundering around the deal to buy the Dolphin submarines from German industrial giant ThyssenKrupp.

The corruption investigation, which is still ongoing, involves officials from the Israeli security establishment, as well as people working locally for ThyssenKrupp.

While Germany stressed on Friday that an agreement had not been finalised and signed, Israeli officials implied it was a done deal.

“The Germans have given their approval to the deal,” an Israeli official familiar with the issue said on condition of anonymity.

According to the Israeli official, Germany had conditioned the deal on there being no corruption on the behalf of the Israeli decision-makers and senior officials involved.

Housing Minister Yoav Gallant, who was a senior commander in the Israeli navy, “welcomed the German approval” to allow the purchase of the three submarines.

In a tweet, Gallant said the three new submarines would replace three old ones in a decade and bring the number of new submarines at Israel's disposal to six.

Germany, however, stressed that the deal on the three submarines “is not yet signed.”

“We had other talks about it, but a deal was not made until now,” a spokesman for the German government told AFP.

The submarines ordered by Israel are likely to be equipped with nuclear missiles but are primarily intended for spy missions off Iran or to attack that country in case of nuclear war, according to foreign military experts.

The 29-year-old was wearing a top with the Israel Defence Forces (IDF) logo when the attackers started harassing him on Friday about his religion, the police added, calling it “an anti-Semitic attack”.

Officers are seeking the assailants, who fled immediately after the attack, on suspicion of a politically-motivated crime.

Saturday is the second anniversary of an attack by a far-right gunman on a synagogue in the eastern German city of Halle, who killed two in a rampage when he failed to break into the house of worship.

It was one of a string of incidents that led authorities to declare the far right and neo-Nazis Germany’s top security threat.

Also this week, a musician claimed he was turned away from a hotel in eastern city Leipzig for wearing a Star-of-David pendant.

While the allegations prompted a fierce response from a Jewish community unsettled by increasing anti-Semitic crimes, several investigations have been mounted into contradictory accounts of the incident.

“The threat is complex and comes from different directions” from jihadists to the far right, the federal government’s commissioner for the fight against anti-Semitism Felix Klein said recently.