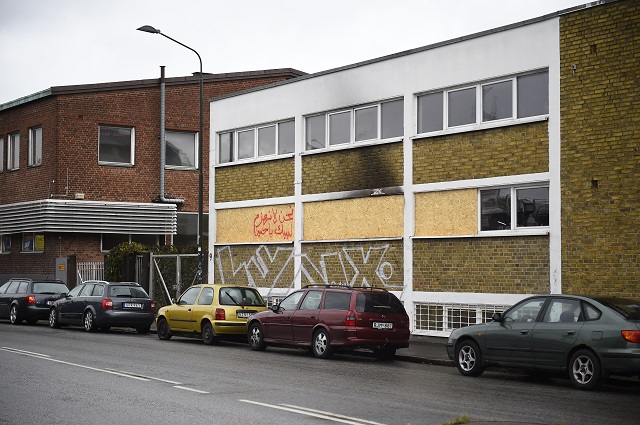 However, it's not clear where the man is, or if he is even still in the country.

The man, a Syrian citizen with a residence permit in Sweden, was held in connection with a fire at a Muslim community centre in Malmö last autumn. No one was injured, but smoke damage repair costs amounted to one million kronor ($113,000) and terror group Isis claimed responsibility for the fire.

Malmö District Court ruled in July that the fire was not a terrorist act, but also stated: “It appears to be obvious that [the man] sympathizes with IS [Isis], something which could indicate he had a motive to start the fire, but does not prove that he did.”

The prosecutor had argued that police searching his computer had found a description of how to make a detonator and propaganda films showing Isis soldiers fighting and killing “infidels” and a picture of an Isis flag. He had also himself reported the fire to the Isis-controlled news agency Aamaq, she told the trial.

Now the man is entitled to 97,000 kronor (approximately $11,900) for the four months spent in custody, which is standard procedure in Sweden when someone is held and then later cleared.

The man was cleared of arson as well as terrorism by the court, which ruled the prosecutors had not provided sufficient proof that he was responsible for the blaze.

But Sweden's security agency Säpo decided to take the man into custody, and the Swedish Migration Agency decided he should be expelled. However, expulsions to Syria cannot be carried out against the individual's will, and he was eventually released, despite Säpo's assessment that he was potentially dangerous.

The 30-year-old's lawyer, Lars Edman, was unavailable for comment when contacted by The Local on Friday, but had told newspaper Sydsvenskan two days earlier that he did not know where his client was or how he would give him the compensation, though he was trying to contact him.

Asked by the paper if his client could be living in Sweden undocumented, Edman said: “That must be the case. And he must be looking after himself somehow. How, I don't know.”

The fire was claimed by terror group Isis back in October, with one expert suggesting at the time that the claims should be taken with a “pinch of salt”.

It again made headlines in February after the White House included it on a list of “under-reported terror attacks”, despite The Local and other Swedish outlets reporting extensively on the case.