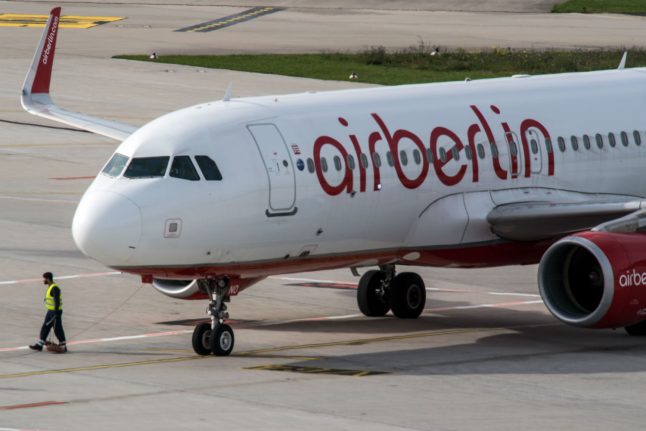 Isavia said in a statement on its website that the action was a “final resource to ensure payment for services already provided”. The statement acknowledged that the decision would have adverse effects for passengers flying with the company.

“Isavia will have additional member of staff located at the airport to assist those who will be affected by this action if needed,” the statement said.

Air Berlin filed for bankruptcy in August after months of rumours about financial troubles. The airline has said that it will not fly any services after October 28th.

According to the online portal Turisti.is, the plane was on the way to Düsseldorf and three passengers were left stranded by the decision. It is also reportedly only the second time that Icelandic authorities have seized a plane.

A spokesperson for Isavia would not tell The Local the size of the debt owed by Air Berlin. He would only comment that “we will see what we see” on how the company could get its jet back.

UNITED STATES
Italy approves Covid-tested flights from US to Milan

PARTNER CONTENT
How to work 9-5 and travel the rest of the time
Url copied to clipboard!