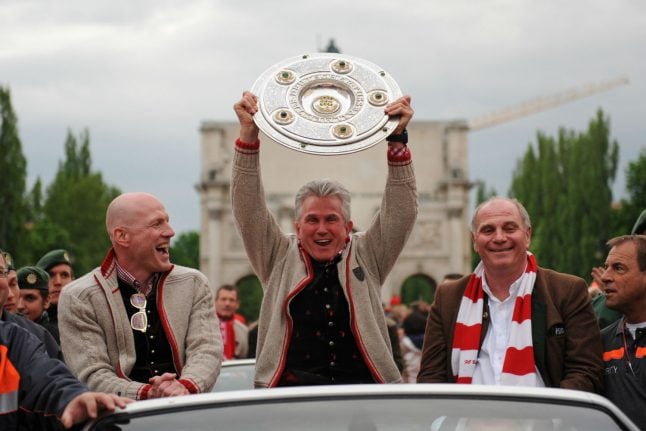 The interim appointment would see 72-year-old Heynckes return to his beloved Bayern which he famously led in 2013 to win the Champions League, Bundesliga and German Cup treble — the only German club to achieve the feat.

The club has not confirmed the report.

According to Bild, the unexpected choice carries a certain logic. With the team in disarray currently, an authoritative character who knows the club intimately is necessary, it said.

Bayern is lagging in third place on the Bundesliga tables, five points off leaders Borussia Dortmund.

Its stinging 3-0 defeat to Paris Saint-Germain in the Champions League had led the club to sack Ancelotti last week.

Two German coaches believed to be in the running to manage Bayern – former Dortmund manager Thomas Tuchel and Hoffenheim boss Julian Nagelsmann – have no prior experience with the club.

According to Bild, Heynckes has agreed to take on the mission until the end of the season, giving time for the club to find a longer term solution.