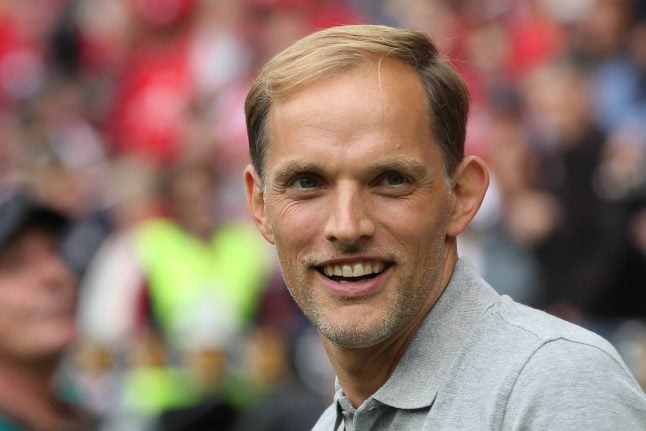 According to German daily Bild, the 44-year-old Tuchel is in Munich and negotiating to take over at the Bavarian giants having been sacked by current Bundesliga leaders Borussia Dortmund in May.

Tuchel and Dortmund parted ways despite him steering the club to the German Cup title last season, the coach having enjoyed a turbulent relationship with Borussia's CEO Hans-Joachim Watzke.

Bayern's director of sport Hasan Salihamidzic said on Friday that Munich had “no names, no profiles” of who will replace Ancelotti, fired on Thursday in the wake Bayern's 3-0 drubbing at Paris Saint-Germain.

“We will now collect our information and then make a decision,” said Salihamidzic.

The 58-year-old Ancelotti spent 15 months in charge of Bayern and won the Bundesliga title last season.

However, he was sacked after the poor performance at PSG when stars Arjen Robben, Franck Ribery and Mats Hummels were benched.

Should Bayern appoint Tuchel in the coming days, his first match will be against struggling Freiburg on October 14th, after the international break.

Asked what sort of coach Bayern are looking for on Friday, Salihamidzic said: “That's something that we are discussing internally, the names too. We won't comment about this, otherwise there will be speculation, and that's not our intention.”

“I can't name any names, nor profile. For the time being Willy Sagnol is our solution until further notice,” he added, referring to the ex-France international, who had been serving as Ancelotti's assistant.

Pressed on the issue, Salihamidzic would only add that “it would be good” if the new coach spoke German.