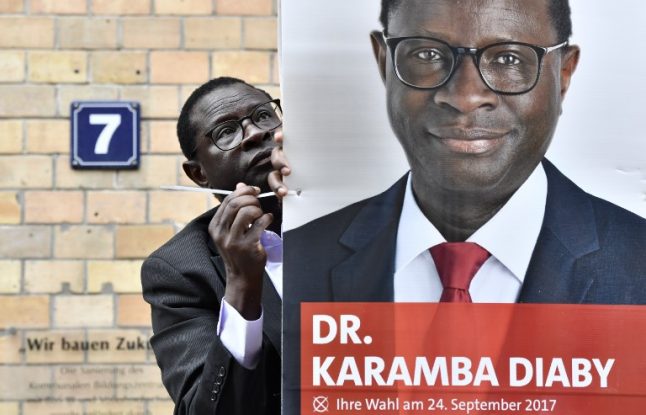 
He has been beaten up, received death threats and hundreds of insulting emails, but Karamba Diaby is not one to give up.

After winning a seat four years ago as the first African-born black MP in Germany, Diaby, 55, is now seeking re election.
“To all racists: I'm not your negro!” he wrote on Facebook in exasperation after receiving a torrent of vitriol online ahead of the September 24th general elections.
“I won't be intimidated,” the Social Democrat lawmaker said in an interview with AFP, despite noting that on social media, “the commentary has become very, very aggressive.”
Germany has experienced a surge of racist and incendiary speech online, particularly since the arrival of around one million asylum seekers since 2015. After the far-right NPD party called him a “black monkey” and used “the N-word” which he refused to pronounce, Diaby filed a lawsuit.
“There is no freedom of expression when one insults someone else,” he said, adding that it was “the duty of all society” to combat such hate.
“The dignity of an individual is written in our constitution,” said Diaby, who speaks fluent German, French and Mandinka.
Bundesliga and BMW
That he is not easily deterred is demonstrated in his unusual life story. Born in Senegal, he won a scholarship to study in then communist East Germany thanks to his membership in a left-leaning student organisation.
“I only knew two German words, Bundesliga and BMW, when I arrived,” said Diaby, recalling the day in 1985 when he first set foot in East Germany.
Life for a migrant was not easy in the closed-off former east, where there was little effort to integrate Africans, many of whom were students from socialist countries.
When the Berlin Wall fell in 1989, racism in the region exploded as unemployment shot up. One night in 1991, as Diaby got off a bus, he was set upon by neo-Nazis. But he went on to get his doctorate in chemistry, marry a German, and in 2001, obtained German nationality. In 2013, he stood for a seat in the Bundestag.
Not only did he beat the odds to become the first African-born MP in Germany, he won his seat in Halle, an eastern city known for its nationalist and hard-right leanings. Last year, the upstart anti-immigration party Alternative for Germany (AfD) clinched 24 percent in state elections there.
Diaby recounted his odyssey in a book published last year, “Into the Bundestag with Karamba: My road from Senegal to the German parliament.”
So rare was it to see an MP of colour that on one of his first days in parliament, a cashier at the Bundestag canteen initially refused to serve him until it was made clear that he was an elected lawmaker, he recalled.
But Diaby sought to play down the fuss surrounding his feat. 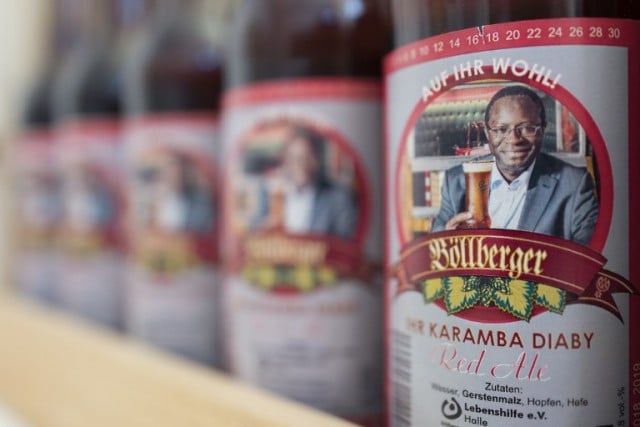 Bottles of locally brewed beer featuring a portrait of Diaby on display at the SPD headquarters in Halle. Photo: JOHN MACDOUGALL / AFP
Garden allotments
“It's too bad if it's an extraordinary event or a sensation simply because someone who has lived here for more than 31 years, who studied here, who has his family here… campaigned for a seat in parliament,” he said.
Diaby says he won over Halle locals after delving deep into what makes them tick. It was his doctoral thesis that laid the groundwork, as it focused on soil pollution in garden allotments — something Germans hold dear to their hearts. Curious fellow gardeners came over to chat, and that was how Diaby broke the ice with the community, the beginning of his long road into politics.
Walking down central Halle, it is clear that Diaby is now a familiar face in the city of 230,000 inhabitants.
“Karamba!” calls a young man holding his fist up as a sign of victory.
“Are you coming to the match on Saturday?” Diaby was asked by another man as he was on a ladder putting up his campaign poster on the lamppost.
Germany is a country that is welcoming, said Diaby, despite the abuse he has suffered.
“I always tell foreigners that when you are in Germany, you should consider it as your country,” Diaby said.
By AFP's Yannick Pasquet 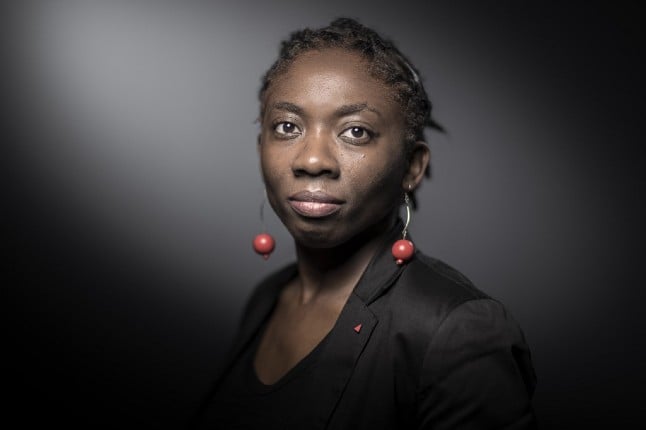 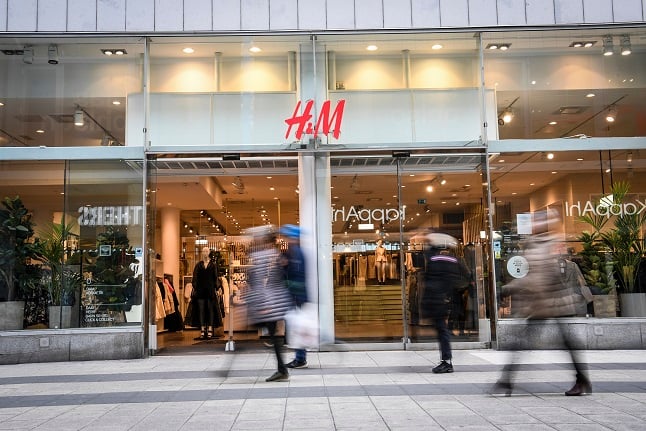 ‘Nothing indicates that it has led to a major outbreak’: Oslo doctor on anti-racism demo